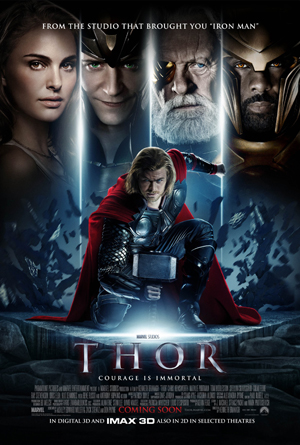 Awhile back,  I saw the  Thor movie.  Highly entertaining, it was. There was action, adventure, a strong, handsome hero, a beauty to save and evil to fight – a winning combination for any story.  There was however one unnecessary scene – one in which Thor, shirtless and busting out with more musculature than three normal-sized men, cleans himself up after a battle.  There was no real point to the scene – Thor finishes washing and goes over to the window and gazes out towards the sun that is setting over the city, saying nothing.  End of Scene.

I immediately felt uncomfortable because the scene was overtly sexual and there were children in the audience.  I instinctively felt that it was a 30-second clip shamelessly pandering to lusting women around the world (and maybe some of the men?).  Eye candy, or so my friends have called it.

Several years ago, driving back from a work-related conference, my female co-workers and I happened to pass a popular strip club.  One co-worker laughingly began regaling us with tales of her own exploits experienced at the place.  I don’t think I heard a word.  I just remember being astonished to hear that there were strip joints where women go to watch men take off their clothes.  Really?  I’d never considered such a thing.  Why, I wondered, would women want to watch that?

Because we have eyes and we’re attracted to the male body.  It’s been said over and over again that addiction to pornography is almost exclusively a man’s realm.  Men are visual creatures, as the science suggests, and so they’re more responsive to what pornography can deliver: nakedness without requirements.  Well be that as it may, the last few decades have ushered women into the realm of pornography addictions in a more intense way.  I’ve been noticing more and more women coming out with stories and admissions of their own struggles with pornography and other sexual proclivities, just the same as any man.  It might surprise you, but women can grow into and develop any sin, regardless of natural inclination, if we work at it.  They might enter into the addiction with different motives, but the end point is the same.  And why wouldn’t women suffer from an addiction to porn?  Without a firm grasp of moral certitudes, there is no earthly reason why a woman would not indulge her fantasies, especially when they involve good looking, half dressed, lubed-up men on a screen the size of my house.  Feels good, must be right.

Yeah.  We are definitely not in Kansas anymore.

Perhaps feminism went as far as it could possibly go in attempting to turn women into men. Women, in order to prove themselves equal to all things ‘manly’, might have trained themselves (or their daughters – ugh!) to be equal to their counterparts even in particular sins and failings.  What, men can be easily addicted to pornography?  Well so can we!

“…it’s a lot more common than anyone would like to believe, and the sooner we learn how to address it, the sooner more and more young women can find freedom in community.”

I also came across a young woman named Jessica who writes at the blog Beggar’s Daughter.  Her story is beautiful; how she came back from the darkness of addiction to pornography.  There was one part of her testimony that cut me right through:

“We know this wasn’t you; women just don’t have this problem.””

So if you are reading this and you are a woman struggling with this addiction, there is help.  There are resources within your church and community, starting with your pastor or priest and moving on up to counseling and psychological help.  Audrey Assad recommends confession, accountability and counseling in overcoming pornography addiction, and that, in my mind, is another winning combination.

And fight the shame that comes with sin.  The devil will tempt you with beautiful, shiny things before you sin, and tell you you’re a worthless piece of crap afterwards.  So when you’re sitting there, feeling boatloads of shame and beating yourself up with a thousand sins and failings, he’s happy.  Yet what the devil tells you is not the truth.  Dr. Brene Brown, in her book Daring Greatly, says shame is the intensely painful feeling or experience of believing that we are flawed and therefore unworthy of love and belonging. Guilt says: you did something bad.  Shame says: you are bad, at your core. And that is decidedly untrue.  You are a Daughter of the Father.  You are good, pure and lovely at your very core.  Nothing can change that.  And you are always, always worthy of love, no matter what you have done, by virtue of the fact that you are created in the image and likeness of God.  Full stop.

“…the way to fight shame and to honor who [you] are is by sharing [your] experience with someone who has earned the right to hear it – someone who loves [you], not despite [your] vulnerabilities, but because of them.”

Two more suggestions from Brene to help with shame resilience:  1. Own your story. You’re the only one who can tell it.  And 2. Talk to yourself the way you would talk to someone you really love – someone whom you’re trying to comfort in the midst of a meltdown.  Be nice.  We would never talk to others the way we talk to ourselves.

And in the end, sexual sins are just one of many deadly sins.  We have been brought up to think that they are the worst possible sins to commit; that they are bigger and badder than say, taking the Lord’s name in vain or coveting your neighbours’ things.  They aren’t.  All things being equal, sin is sin is sin, whether it’s pride, lust or envy.  We all break different Commandments at different times – we confess and move on.  When someone comes to you with this problem, be empathetic, be compassionate.  You really have no idea what you would have done given different times, places, backgrounds, experiences or temperaments than you were blessed to have. Because there, but for the Grace of God, go I. 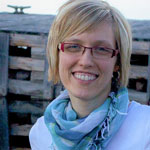