“What an inspiring, fun, uplifting day – food for the sol. It speaks directly to a woman’s heart. From year-to-year you continue to surprise and delight! Thank you so much, to so many!” 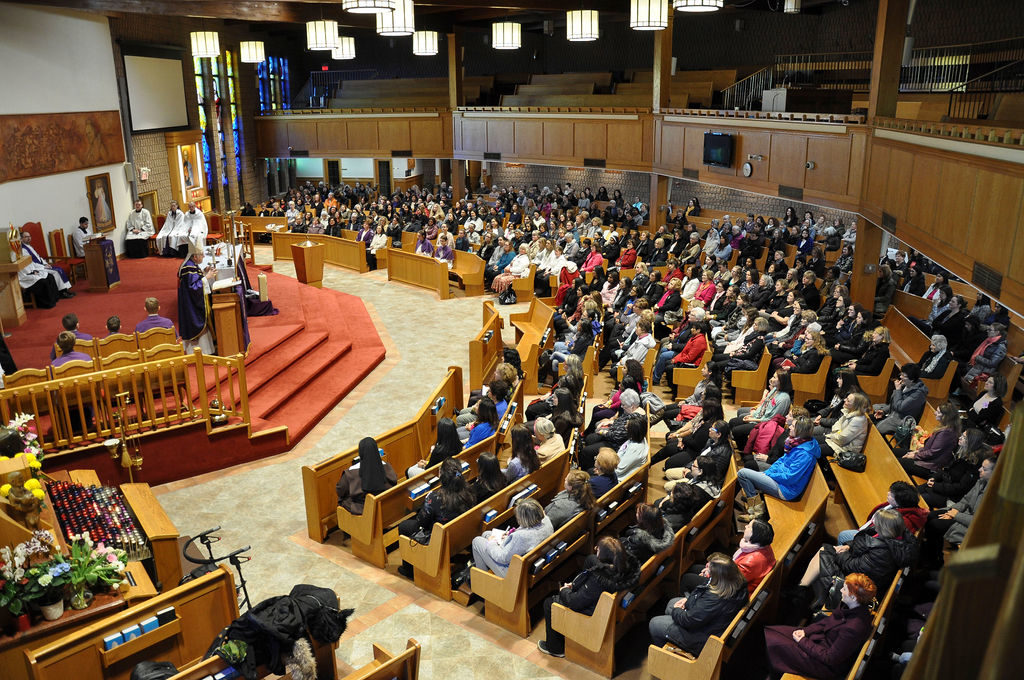 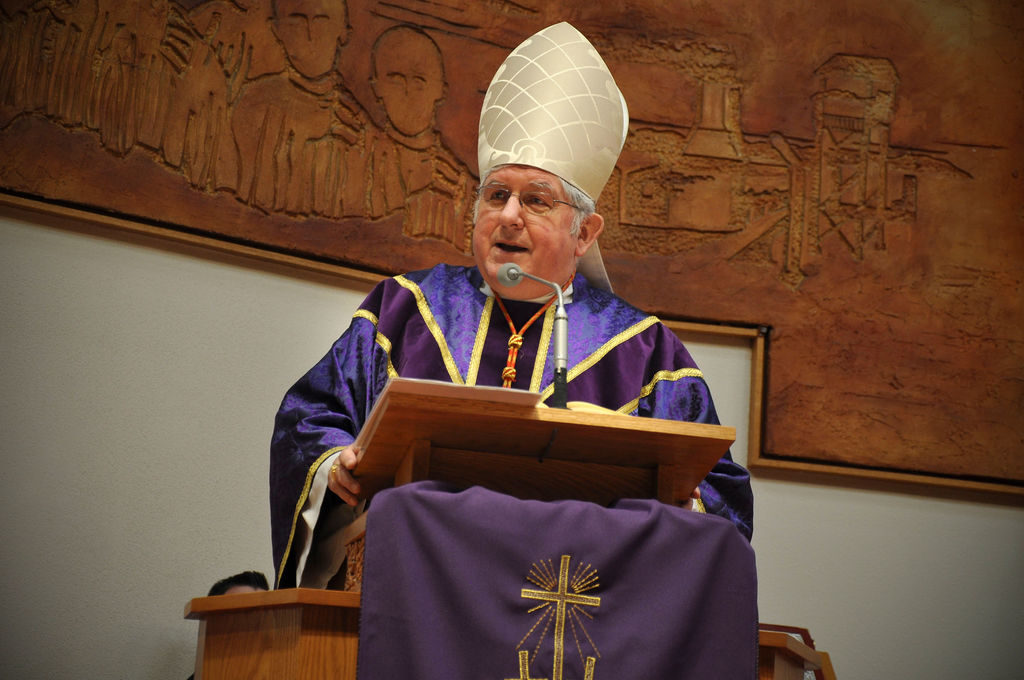 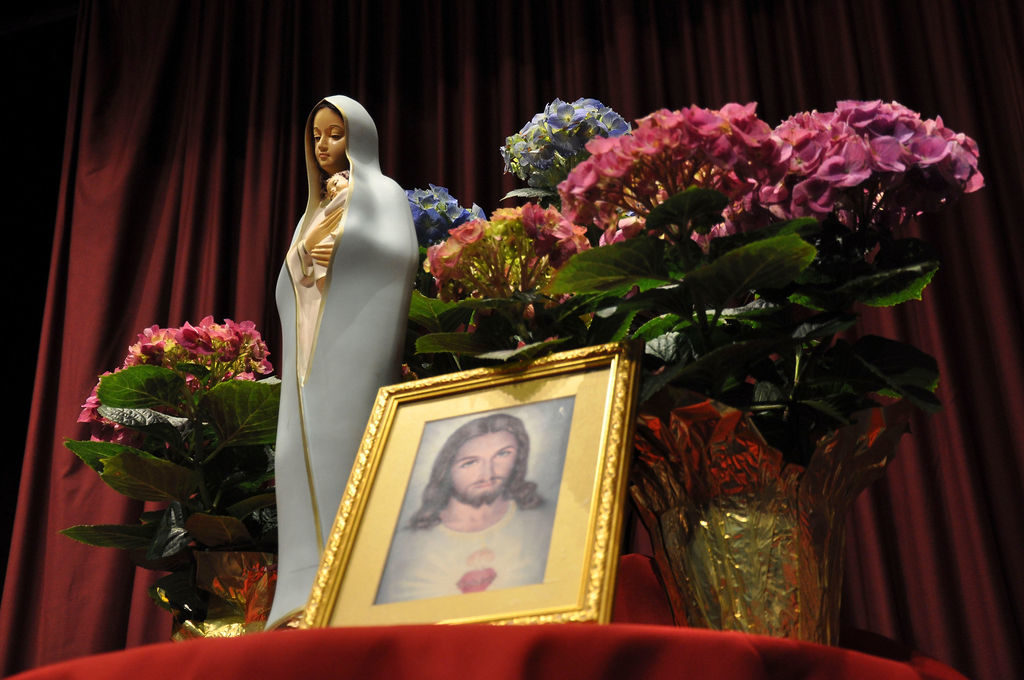 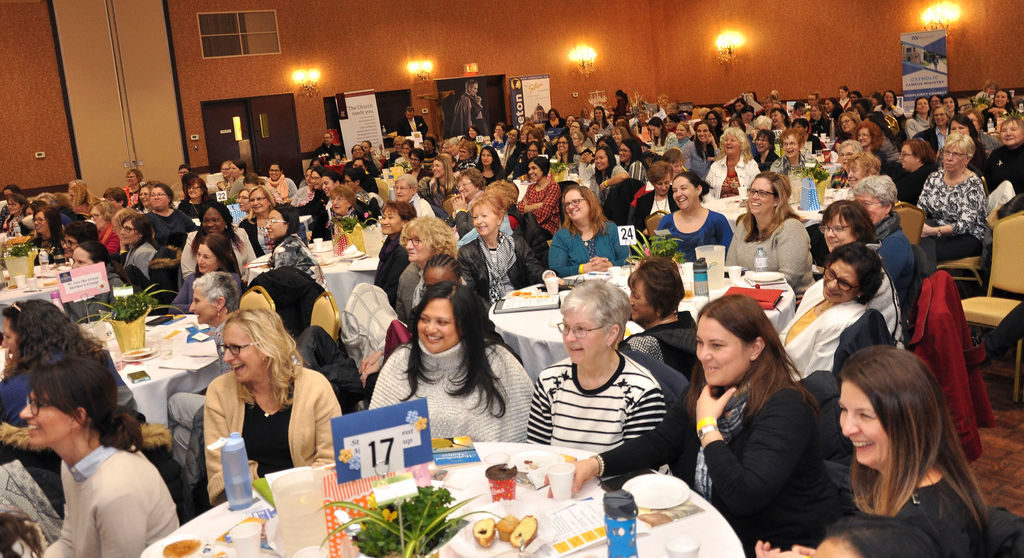 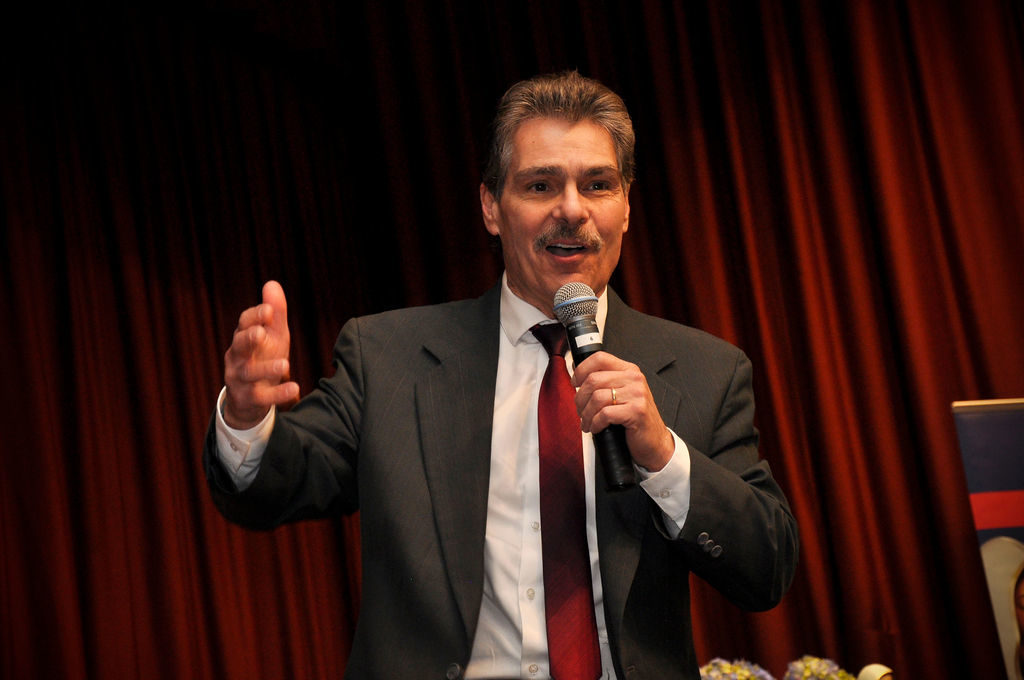 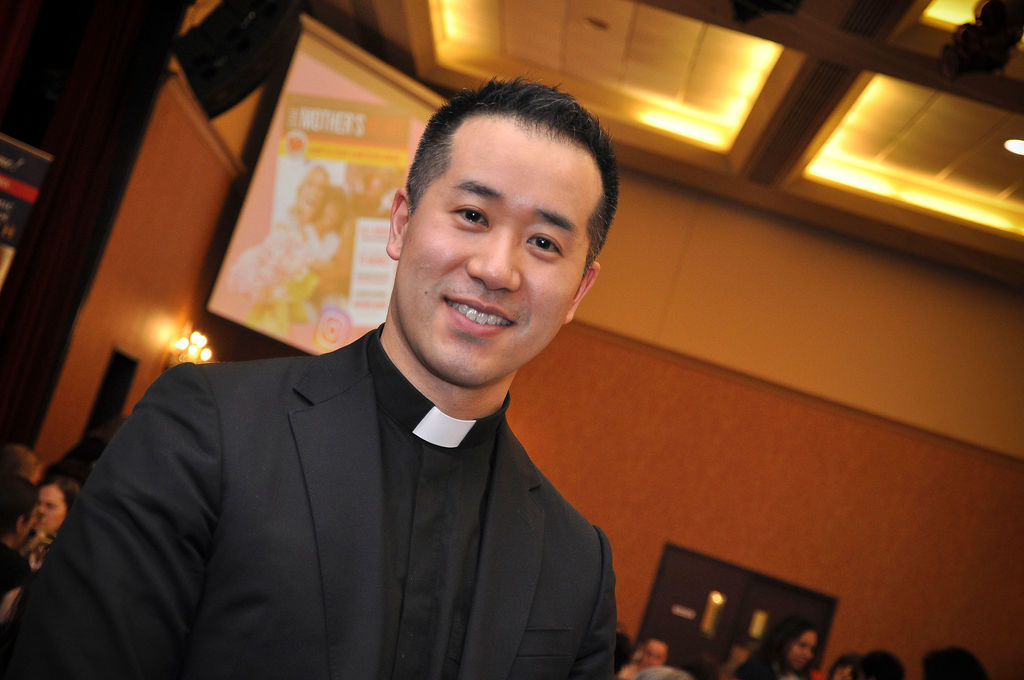 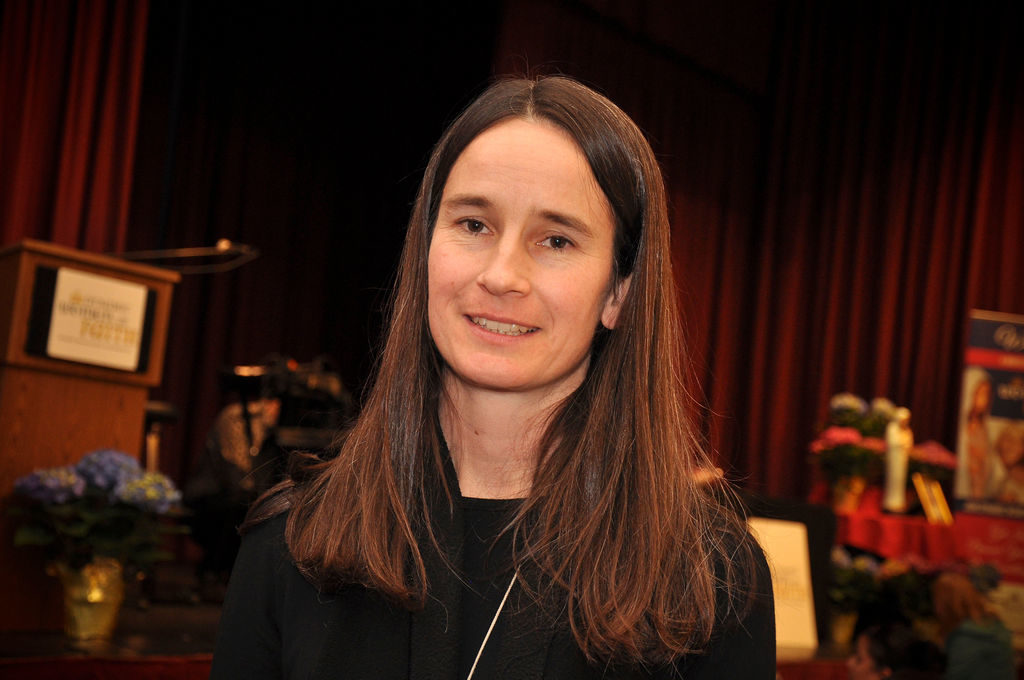 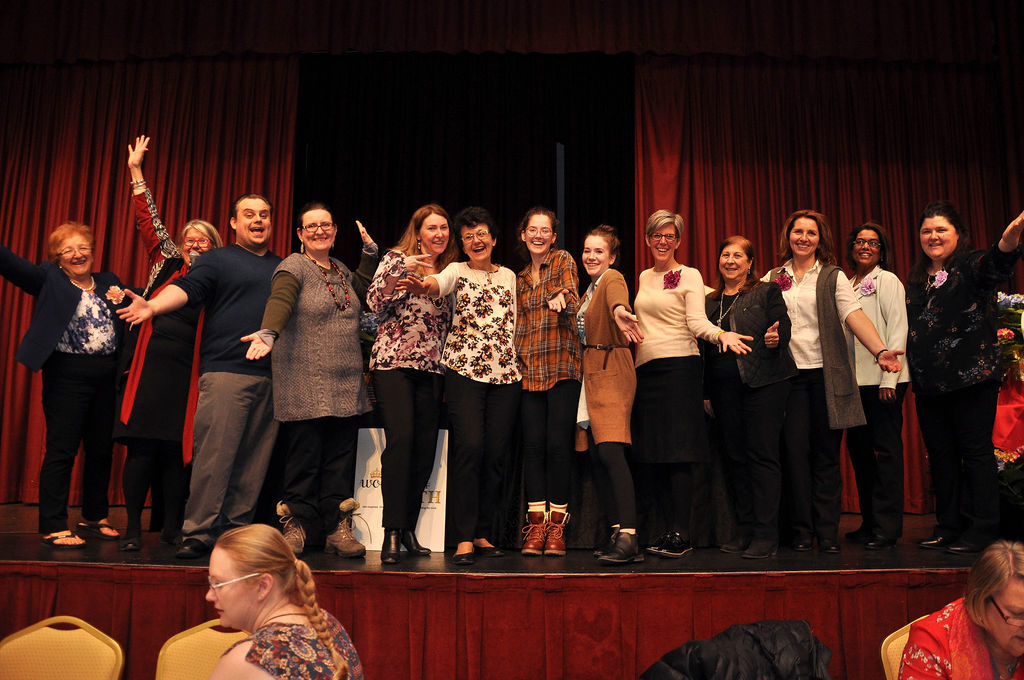 THOUGHTS ABOUT THE CONFERENCE

To bring decision in life – prayer was introduced (Fr. prayed to the Lord to direct him to his calling)

That’s what the Dynamic Women of Faith conference brought to me.  PRAYER… we all know it and practise it, however, sometimes we are blinded to the fact that prayer is not just reciting the words that were taught to us by our parents and teachers.  It’s our inner most conversations that we have with the Lord. Through prayer He talks to us and we learn to depend on Him.

All the speakers that day brought us to prayer, but the one who touched my heart the most was Mary Wagner.  Wow… she just opened my eyes and heart to help the helpless.  A gift so small from God, is being returned back to Him in the most cruel way possible.  I am against abortion and get upset and angry to hear about it, however, prayer… the most powerful thing can save even one baby and all involved.  She helped me understand instead of getting angry, just pray… and someone along with Our Lord will hear it. 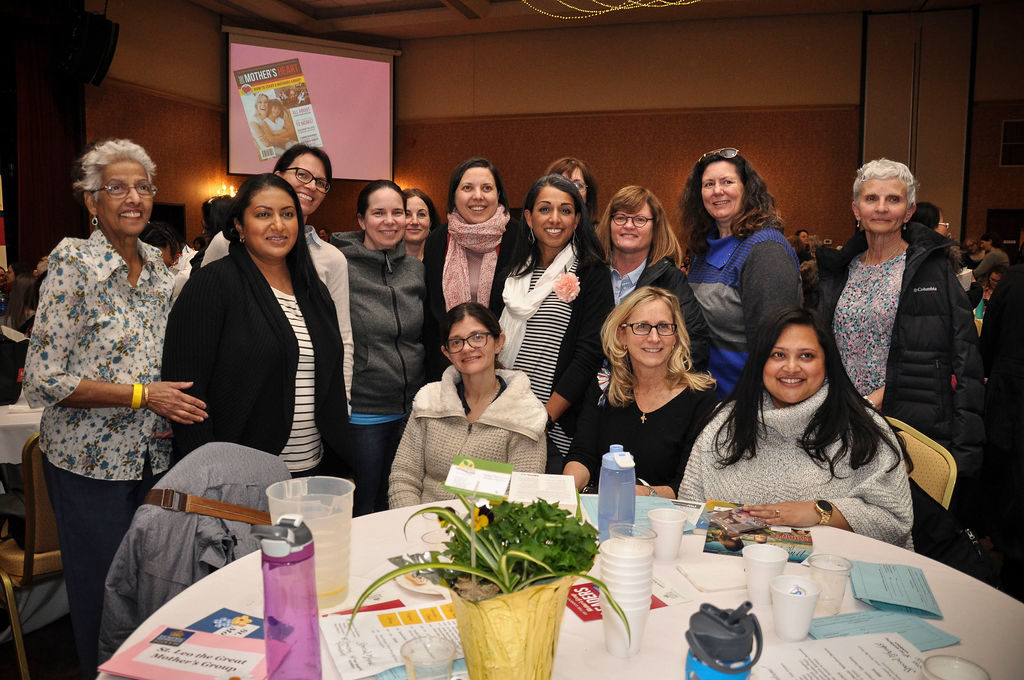 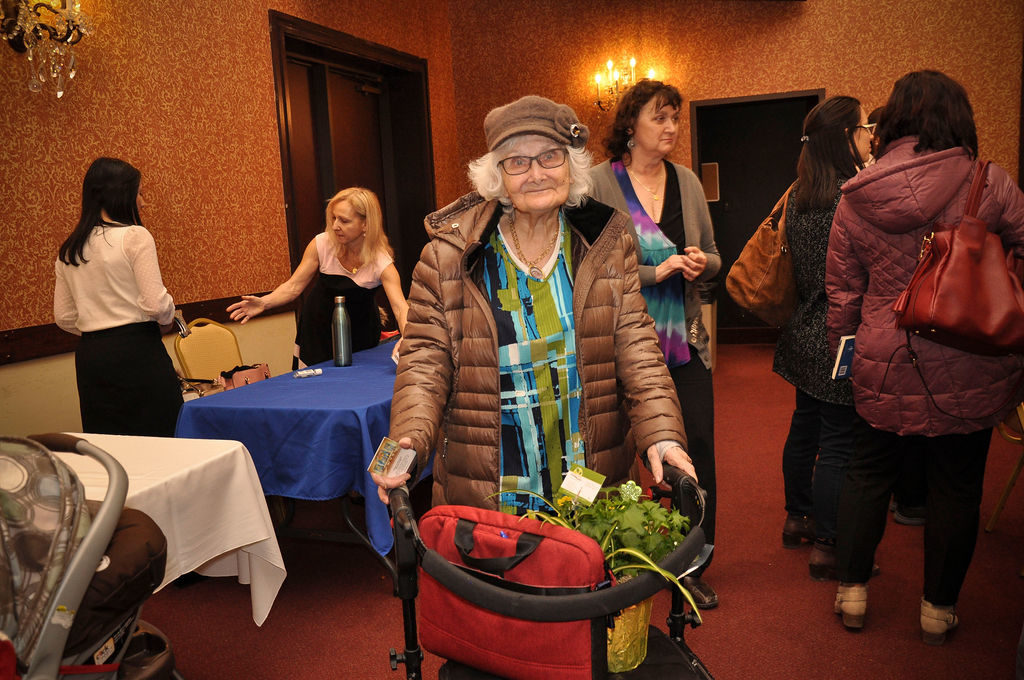 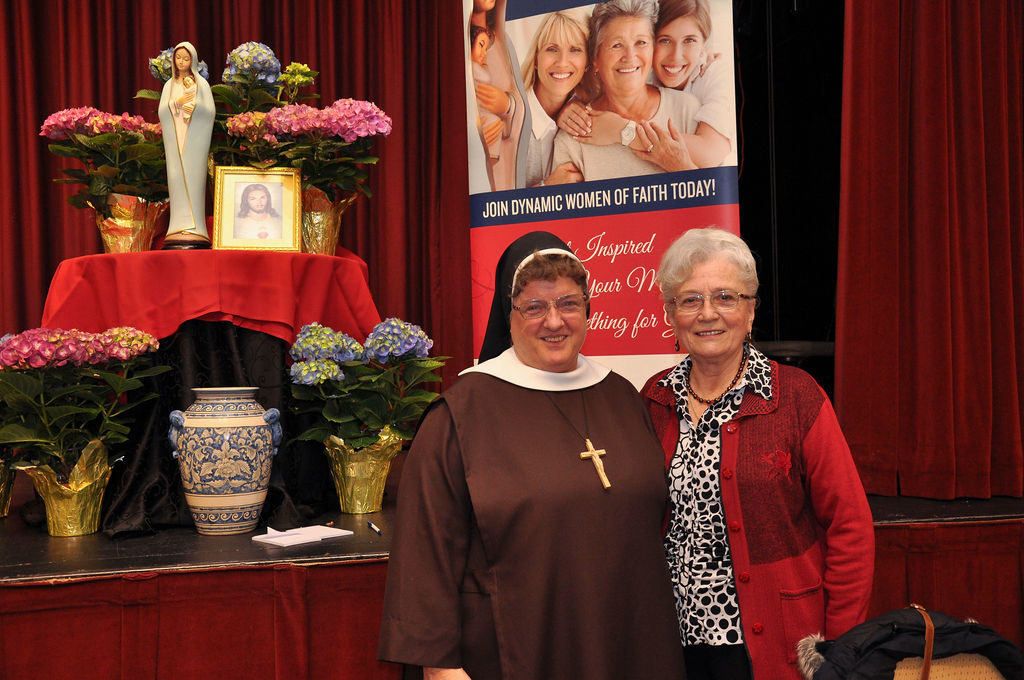 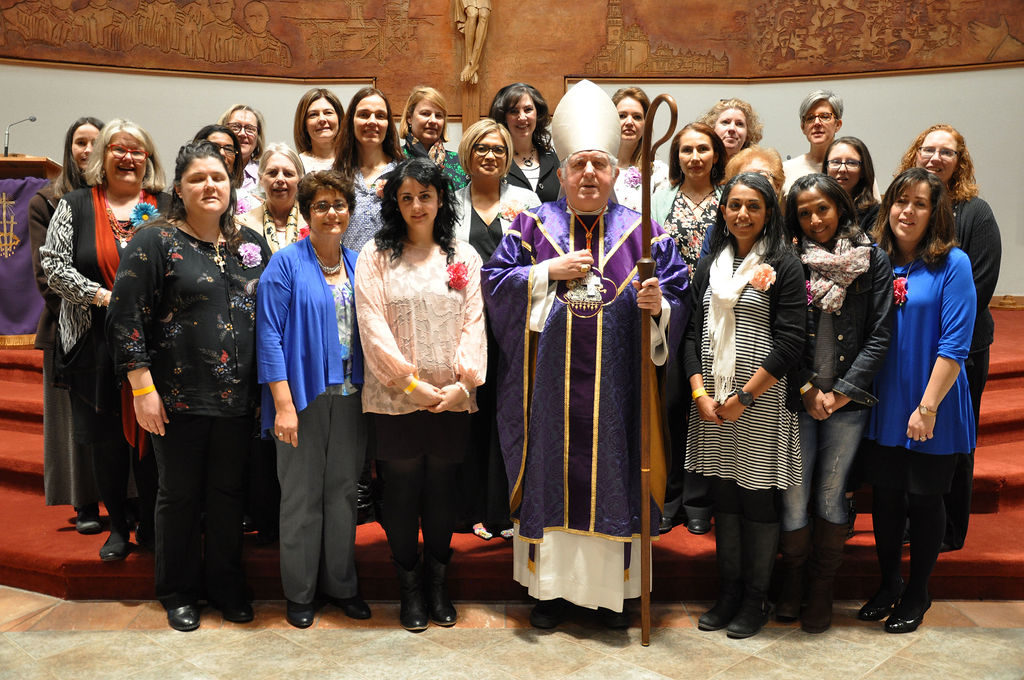 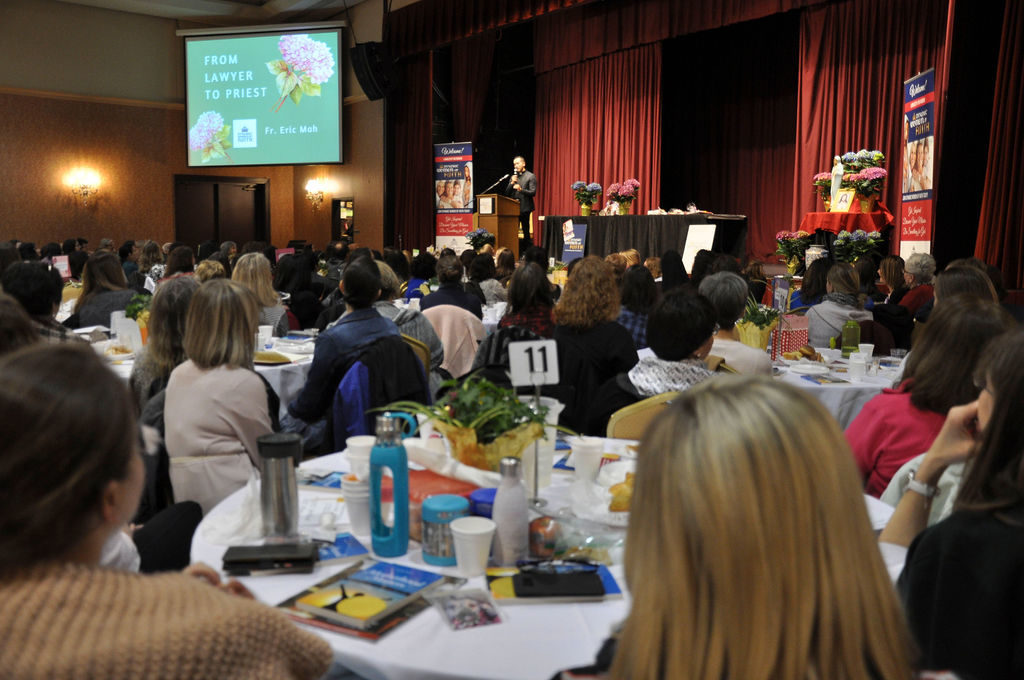 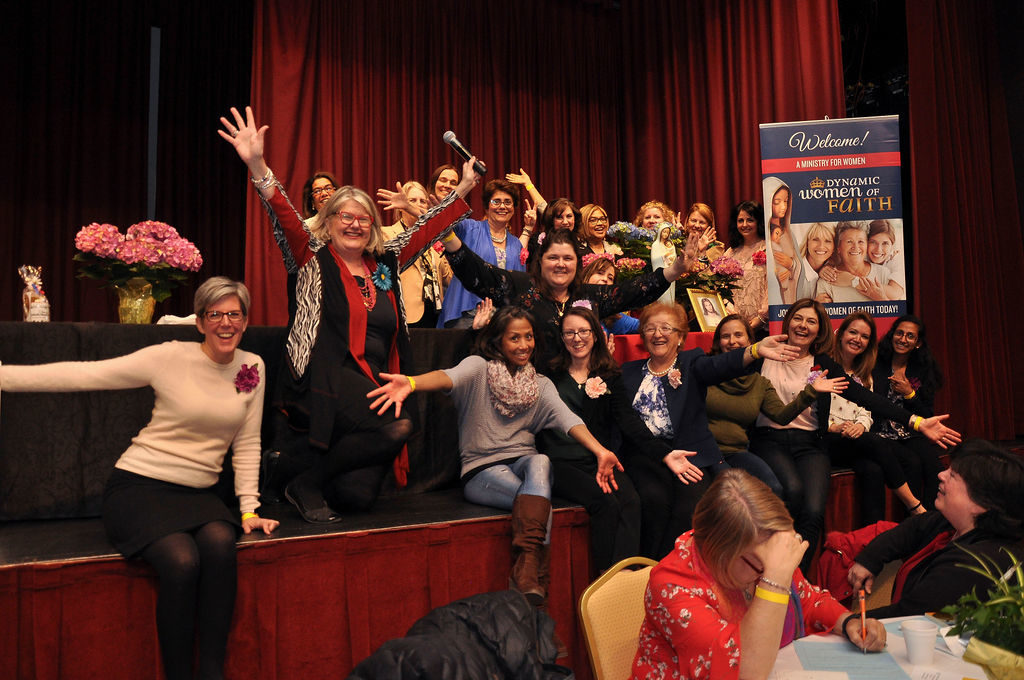 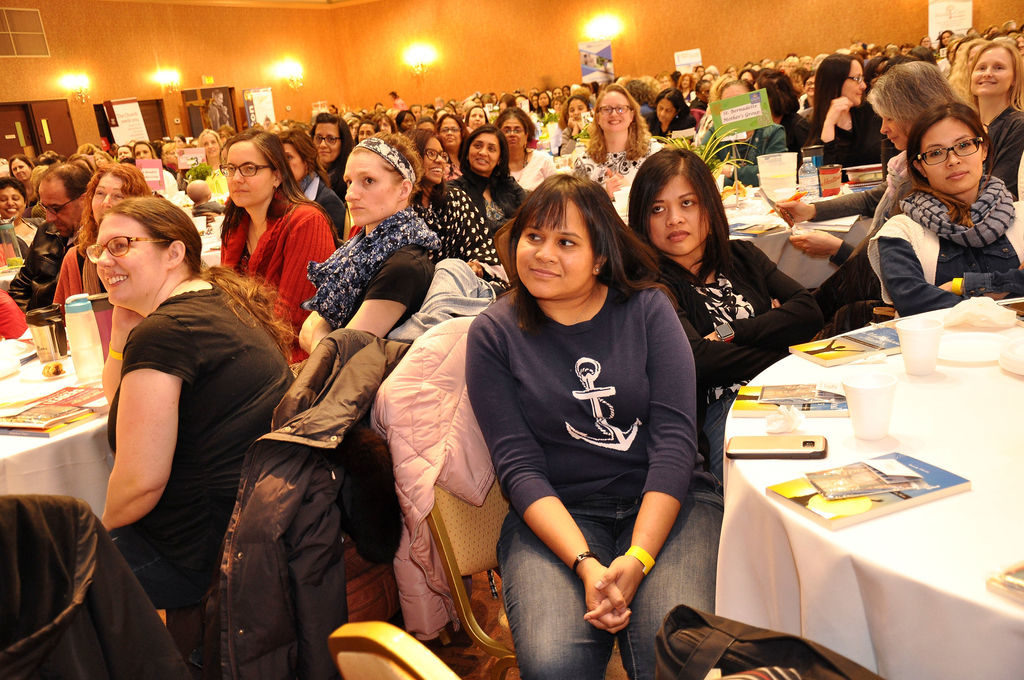 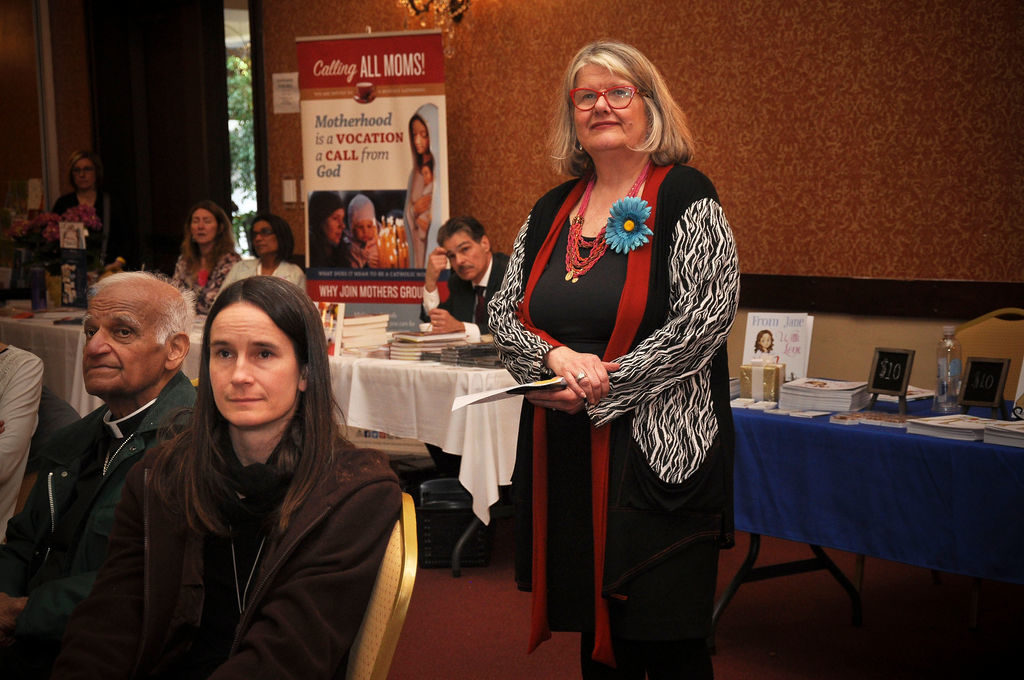 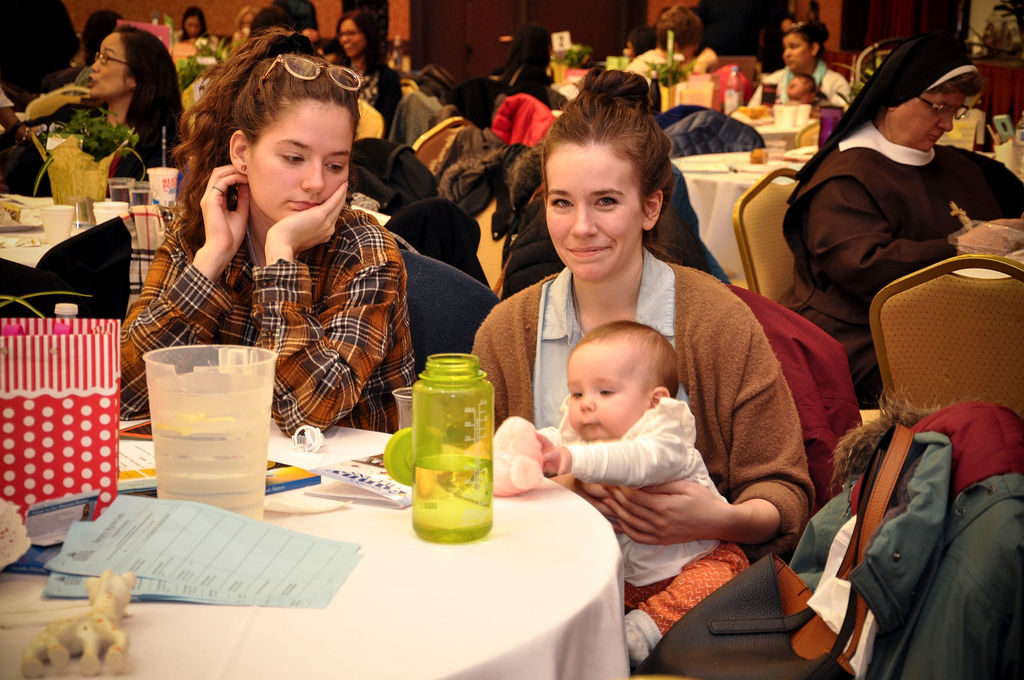 “The Dynamic Women of Faith Conference has been pivotal for giving me courage to live an authentic Catholic faith.   It taught me basic foundations, and helped me make good choices as a woman and mother. This conference is a life changer and has been an absolute must in my life for almost a decade. It has strengthened me to forgive and love others better and has helped me grow to be happier with an inner joy and peace.  Thank you to all the amazing organizers/speakers and contributors.”
SUSAN

“The Dynamic Women of Faith conferences are amazing! I look forward to this event every year and travel in a long distance just to hear the speakers.  It is a rare moment to have so much excitement in the room for celebrating the dignity of womanhood. It encourages me to live a genuine Catholic faith.   I have become a more forgiving and loving person and it has helped my children, marriage and community at large in service.   The people radiate joy and bring greater peace to my life.  Thank you to all the people who have made this event a success year after year!”

“Dorothy, thank you for another wonderful conference. I was so happy that my daughter was able to come and hear all those wonderful things. There were many a powerful moments. I wanted to thank you for something you said, It was right at the end when you came up and started talking about how you felt some women were being called to have more babies and you were encouraging us to go to confession and pray the rosary go to Mass and have a personal prayer time etc. Everything you said was so good! I felt like that in itself could have been a talk. I know that for many of us we are already doing that, but for those who are “fledglings” in the faith it is exactly what they need to hear! Thank you so much for all that you do.”
CATHERINE 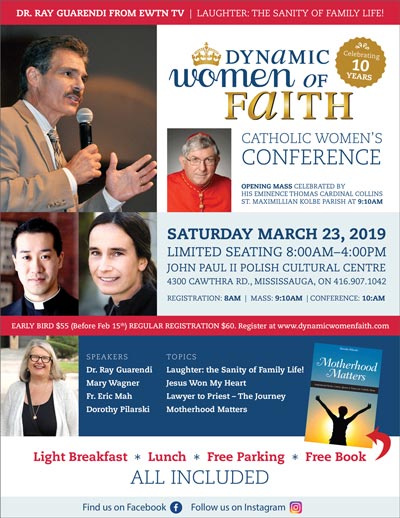 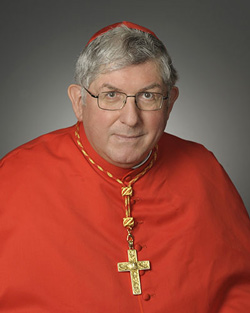 His Eminence Thomas Cardinal Collins, Archbishop of Toronto, will celebrate an opening Mass at St. Maximillian Kolbe parish at 9:10am. The conference will begin immediately after Mass next door to the John Paul 11 Cultural Centre. 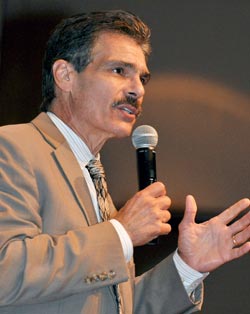 Dr. Ray Guarendi is a Catholic father of ten adopted children, a clinical psychologist, author, professional speaker, and national radio and television host. His radio show, “The Dr. Is In” can be heard on over 440 stations and Sirius XM channel 130. His TV show, “Living Right With Dr. Ray” can be seen on EWTN Global Catholic Network and is aired in 140 countries. His talks combine wit, humor, tons of experience and the timeless wisdom of the Catholic Church. Dr. Ray dispenses practical advice along with a generous dose of laughter. 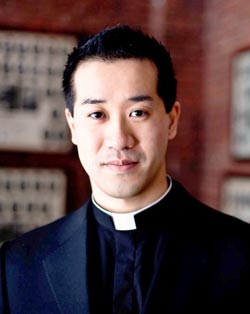 FR. ERIC MAH | From Lawyer to Priest – The Journey

Fr. Eric Mah is a priest for the Archdiocese of Toronto where he is currently serving in Oshawa as Pastor of St. Joseph the Worker Parish; and Priest Chaplain of UOIT, Durham College and Trent (Durham). He previously served in the capacity of Associate Pastor in St. Leonard’s Parish in Brampton, and Blessed Trinity Parish in North York. Prior to entering the seminary, Fr. Eric attended the University of British Columbia where he obtained a B.A. (English Literature). He also graduated from Dalhousie University with a law degree and was called to the bar in 2003. He practiced insurance law on a full-time basis before entering St. Augustine’s Seminary. 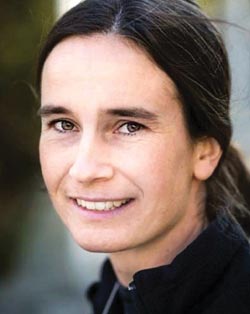 Jesus won Mary’s heart years ago. She seeks to live the Gospel of Life in His footsteps. She graduated from the University of Victoria with a BA in English literature. Coming from a large Catholic family, Mary has become an internationally-known pro-life hero. She has approached women who have decided to have an abortion, in private abortion clinics praying and handing out white and red roses giving them pamphlets about the value of human life. In the last nine years, she has consistently been charged with mischief (“interfering with lawful enjoyment/operation of a business”) and with probation breaches for returning to abortion clinics. Mary has broken laws
14 times in 18 years, spending in total nearly five years in prison. 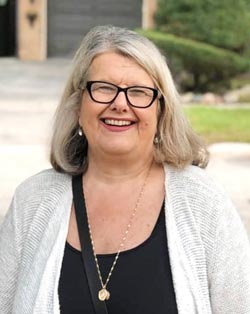 Dorothy is the founder of the Dynamic Women of Faith conference. She is an author, speaker, consultant and the driving force behind www.CatholicMomsGroup.com. Prior to this work, for over 10 years Dorothy was an instructor at Schulich Executive Education Centre in Toronto. She has been featured in the Catholic Register, Radio Maria, Salt & Light TV, Radio Teopoli and has delivered dozens of corporate seminars for Fortune 500 companies internationally.