Humanae Vitae and NFP: My Testimony

In a recent interview with an Italian newspaper, Pope Francis was reported to express praise for Humanae Vitae, Pope Paul VI’s encyclical on the regulation of birth in keeping with natural and Divine law. Pope Francis reportedly said that Pope Paul VI was “prophetic” and and that “had the courage to place himself against the majority, defending the moral discipline, exercising a culture brake, opposing present and future neo-Malthusianism.” He indicated that the time had come to delve deeper into the encyclical and develop a pastoral response to its teachings. Faithful Catholics welcome the Pontiff’s words and look forward to a renewed commitment to promulgating the timeless teachings of Humanae Vitae.

Humanae Vitae is perhaps the most controversial encyclical of the Church and has caused dissent, not just among lay Catholics, but also within the clergy. At the same time, it has 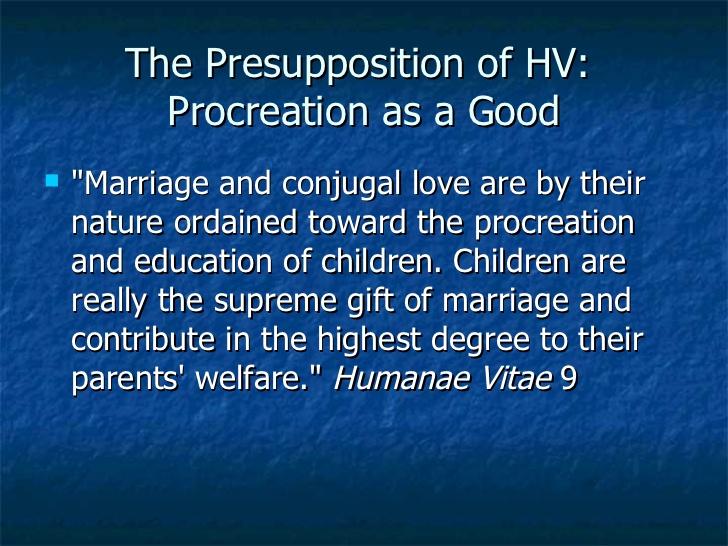 Slide take from a presentation called Humanae Vitae Explained And Defended – Click on slide to be taken to the source.

proven to be prophetic, accurately predicting the disastrous effects of artificial contraception on marriage, family life, and society (cf. HV 17). My husband and I were first introduced to Humanae Vitae when we attended a marriage preparation course thirty years ago, prior to our marriage. But it was brief: there was not much time devoted to addressing the encyclical or teaching Natural Family Planning (NFP). We were given the option to take a copy of the encyclical and contact one of the organizations that was teaching NFP. I am not surprised that Humanae Vitae was essentially ignored in our marriage preparation class. From the introduction of the encyclical, which reaffirmed the Church’s teaching on artificial contraception, Humanae Vitae has been at the centre of much controversy and most Catholics today, as then, do not follow it.

Here in Canada, the encyclical received a mixed response. Church leaders did not agree with it and were clear in their opposition. In a bold move of dissension, our Canadian bishops wrote the Winnipeg Statement a few months after the publication of Humanae Vitae. The statement, especially Paragraph 26, encouraged married couples to choose a method of birth regulation that seemed right to them—including artificial contraception—and to do so in good conscience. Teaching materials produced for marriage preparation courses quoted Paragraph 26 and made it seem as if the Winnipeg Statement was based on Vatican-approved Church teaching. In fact, it was not. The Winnipeg Statement, which to this day has not been repealed by the Canadian Conference of Catholic Bishops, continues to cause much confusion and erroneous teaching that wrongly justifies the’ use of artificial contraception.

Thankfully, not all priests were dissenting. In the Archdiocese of Toronto, Msgr. Vincent Foy became a tireless advocate for family life and Humanae Vitae. He produced a large body of work explaining and defending the encyclical and criticizing the Winnipeg Statement. He wrote many letters to the hierarchy of the Canadian Catholic Church in an effort to have the Winnipeg Statement repealed and much of his work was publicized in international Catholic publications including Catholic Insight magazine. Drawing upon his experience as a Canon lawyer, he put forth well-reasoned arguments in defense of the truth; but, despite his determination, the Canadian Conference of Catholic Bishops chose not to rectify what was clearly a move of disobedience against the Holy See.

I met an older priest who emphatically insisted that Humanae Vitae was wrong. “If most people don’t agree with it,” he tried to convince me, “then it’s not a teaching of the Church. Pope Paul VI was wrong and the Winnipeg Statement was right.” His main argument against Humanae Vitae was that most people cannot afford to have a large family. Poor Father. The main thrust of his mistaken reasoning is due to economics. He foolishly equates marital happiness with economic comfort. He does not agree that the contraceptive lifestyle has spurred the sins of marital infidelity, the destruction of traditional marriage, the objectification of persons, the selfish pursuit of the sexual act as an end in itself, and loss of respect for human life especially in abortion and euthanasia. He cannot see that the graces attained by living family life in cooperation with Humanae Vitae are what will conquer the selfishness and pride of our world. As Paragraph 18 in Humanae Vitae states:

In preserving intact the whole moral law of marriage, the Church is convinced that she is contributing to the creation of a truly human civilization. She urges man not to betray his personal responsibilities by putting all his faith in technical expedients. In this way she defends the dignity of husband and wife. This course of action shows that the Church, loyal to the example and teaching of the divine Savior, is sincere and unselfish in her regard for men whom she strives to help even now during this earthly pilgrimage “to share God’s life as sons of the living God, the Father of all men.”

When my husband and I were preparing for marriage thirty years ago, we were unaware of the controversy among the clergy. We knew what the Church taught about artificial contraception but we also knew that most of our peers did not agree with it. Nonetheless, we made the decision to follow the Church’s teachings. We attended classes that taught the Sympto-thermal method of Natural Family Planning and six months before our wedding, I began to chart my menstrual cycles. 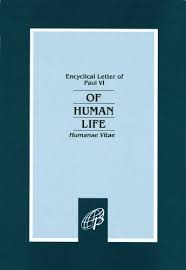 For a free PDF copy of Humanae Vitae click on this image.

A few years later, as marriage preparation instructors, my husband and I presented talks on sexuality in marriage. We included sessions that explained Humanae Vitae and, drawing on my background in biology and physiology as taught in nursing school, I taught an introductory lesson on NFP. We concluded our talks by giving each of the couples a copy of Humanae Vitae. We urged them to read the encyclical with the eyes of faith and to learn to use NFP. Needless to say, our enthusiasm for NFP was not matched by the engaged couples. Some of the attendees (mostly the men) would point to the large number of children we have as proof that NFP “doesn’t work.” The couples were more interested in limiting the size of their families instead of using God’s gift of fertility to space their children’s births and cooperate with His plan for their marriage.

Did my husband and I ever have doubts about NFP? Of course we did. At one point in our marriage, we were tempted to take the worldly route of artificial contraception. However, I can say without any hesitation that it was only by God’s grace and mercy that we realized how wrong that route was. Artificial contraception is not in God’s plan for sacramental marriage and succumbing to the temptations and easy explanations for contracepting would mean that we removed our marriage from God’s providential loving care and placed it pridefully in our flawed, selfish selves.

Our experience with NFP has been challenging at times. With eight children and two more in Heaven as a result of miscarriages, I would be lying if I said that every child was planned and that the realization of another pregnancy was always greeted with joy and excitement. The truth is, despite careful charting of my menstrual cycles and loving cooperation between my husband and me, a few of our pregnancies were a complete surprise. My husband rejoiced at every new pregnancy but for some of them, my initial reaction was one of panic. I did not feel capable of caring for another child and angrily lashed out at God.

With God’s gift of hindsight, I see now that those moments of panic, fear, and anger were some of the greatest moments of my spiritual growth. It was in those dark periods that He showered me with His great mercy. God used the healthy growth and movement of the baby inside me to calm my fears and anger and put to rest the confusion I was feeling. He crowned His mercy with the gift of that time-arresting moment when the new, beautiful babe was placed in my arms and He gave me His reassurance that all was right in the world.

My husband and I would not be the strong married couple we are today if not for the full life God has given us. Our sacramental marriage has been forged and strengthened in the fires of our family’s life. Our decision to trust the teachings of Humanae Vitae and raise our children in God’s providential care has resulted in abundant graces and blessings for our family.

Humanae Vitae and Natural Family Planning are true gifts to marriage and family life because in her wisdom, Holy Mother Church knows that “man cannot attain that true happiness for which he yearns with all the strength of his spirit, unless he keeps the laws which the Most High God has engraved in his very nature” (HV 31). Let us pray for a renewed commitment to marriage in keeping with the teachings of Humanae Vitae so that our families and society will live in conformity with God’s great plans. 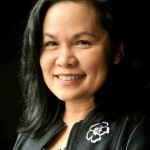 Terry McDermott is the mom of eight children, six young men and two young women, most of whom are old enough to vote. She is a registered nurse and the owner of a nursing – related small business. On Saturday mornings, she can be found teaching Catechism Class to her parish’s First Communion candidates. Terry writes and blogs for Catholic Insight Magazine, is a columnist at CatholicMom.com and writes on her own blog, 8kidsandabusiness.com.