Behold! I am Doing a New Work!

I slept great on the plane. Who wouldn’t?

I had three seats to myself, and I was trying a new thing this time. 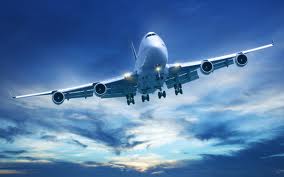 It worked for a few of the pilgrims on my first trip to the Holy Land. And, it worked for me.

I woke up before the pill had run its course—thanks to a need to use the wonderful bathroom facilities on every plane—and when I returned to my seat, I decided to check the map to see where we were.

Lisieux, France. Nice, I thought. St. Therese of Lisieux, pray for us!

Then, the dark interior of the plane contrasted with the bright screen and suddenly, there it was. Motion sickness. I didn’t think to bring Dramamine. I’d never had a need for it. Nothing like being on an international flight and feeling like last night’s wonderful meal is about to make an appearance.

I thanked God I had the row to myself and wondered if I would be able to be discreet. Would the bathroom be free the moment I needed it? Where was that bag—the one I’d never needed before?

I offered the icky feeling up and prayed that it really was motion sickness because it wouldn’t last. I’m on pilgrimage, remember, God? Please don’t let this be a stomach virus. Finally, I fell back to sleep. Blissful sleep.

When I woke up, I instantly knew I felt like myself.

I sat up and slid across the three seats to the window and looked out, expecting to see only clouds.

But there it was—a scene that has become familiar to me after multiple flights to the Holy Land. The route to the Holy Land of the East is the same, except for the final little jaunt into Amman.

What an amazing thing, to look out of the window at the snow-capped mountains in southern Greece and see the 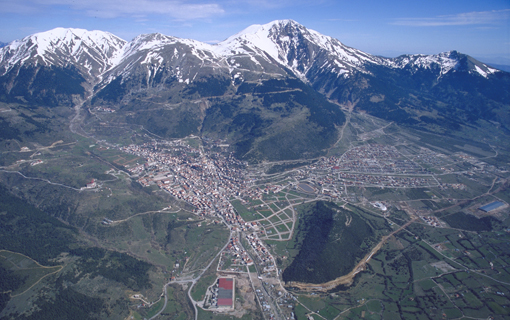 hints of the Mediterranean Sea in the distance.

The view was so different from home, yet so familiar. So utterly familiar in a way that whispers to my soul. You are about to receive a blessing from God. You are on a pilgrimage to a holy place.

Thanksgiving flooded my whole being. I am not one of those people who feel gratitude readily. And this was overwhelming thanksgiving. That I felt better—no, I felt great—gloriously great. That I woke up at just the right moment to see these mountains, the preamble to what has always been a grace so wide and deep that I can barely contain the joy of what is to come.

But then I had the sudden thought. I am not going to see familiar places and faces that I have seen in the Holy Land on previous trips. This is altogether new.

It was a bittersweet moment. I am so far from home and yet so close to some people and places that have moved me spiritually in ways that mean I will never be the same again.

And then, I knew what God was saying to me.

What a surge of the Holy Spirit! What a wondrous thing!

Within the span of an hour, I had gone from feeling like I was about to lose my dinner in the middle of an international flight, and home (especially my own bathroom) sounded so good—to the undeniable certainty that God is waiting to show me something new.

Behold, He has something new for you, too. Can you not perceive it?

Ponder what that new thing is. And then, let it come to you.