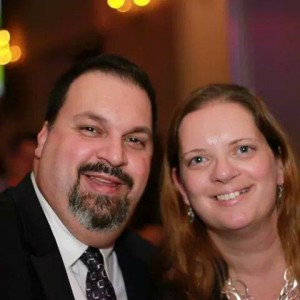 Our conversion story really starts 10 years into our marriage.  While Dave and I were both raised in Catholic families, we really had a vague understanding of what it meant to be Catholic.  We attended Mass on most Sundays, prayed occasionally, mostly in time of struggle and went to confession once or twice a year. (Lent and Advent) We were truly following the minimum precepts of the Catholic faith.

Our change of heart happened when we learned the Church’s teaching on openness to life. When we read the St. John Paul II’s letter to families, and learned Theology of the body we came to accept God’s plan for marriage and family.

We did not always follow the Church’s teaching.  We obviously had our share in the responsibility in the decisions we made, but part of the reason we made the choices we did was because we did not know, no one ever told us and if they tried too, we did not fully understand it. We thought we had a choice on how to plan our family. Of course we had a choice to follow God’s plan for marriage and family or to let sin into our marriage.

When we allowed sin into our marriage, our intimacy was hindered.  At the time we didn’t know why things were going wrong, we just know something was wrong.  Our arguments became focused on how often we were intimate and who initiates.  I was feeling like an object for his pleasure, and spending intimate time with Dave was feeling like an additional chore to add to my list of things to do. Dave could not understand what I was going through, when I tried to communicate with him, Dave took it personally.  As a result, we grew distant and other parts of our marriage were affected too.

Once we put ourselves in a position to learn God’s plan for marriage and family, we felt like our eyes had been opened.  We learned that God designed marriage for the good of man and woman and for the healthy future of society.  God created the world and all the creatures in it. But he gave human beings a special dignity, knowledge, intellect and natural law.  He loves us so much. He shares his creative powers with his creation.  Out of our love for each other, in the marital embrace we too, can create new life. We do the physical act and God implants the soul. It’s beautiful, how could we not want to be a part of this creation?

We realized God’s plan was in line with our human nature, and that it was about love and trust.  The conjugal act always has to be in balance that its purpose is for openness to life and unity.  When we use contraception we take away the openness to life, which respects our full human nature, all because we want the focus to be solely on unity and enjoyment. Being able to create life is a precious gift, yet we want squander it, trample on it, for the sake of physical enjoyment.

Looking back we can see the consequences of our choices. Those consequences were both spiritual and physical.  Spiritually we had taken God out of the equation. By using contraception we were saying to God, “I believe in you, but I don’t trust you to know what is best for our family.”  We paid a hefty price for this choice. Struggles in our marriage, unhealthy relationships and harmful habits that went against our marriage vow and disrespected our own dignity as human beings.  Not to mention that I now know the “pill kills” How many spontaneous miscarriages/abortions did I have those 10 years – only God knows.

I am so thankful God’s mercy is endless!  Physically consequences as a result of being on the pill for 10 years my hormones levels are very low. My uterus has most likely aged an extra year for every year that I was on the pill, already showing signs of being pre-menopausal. This hormone imbalance also affects my mood and libido.

When Dave went in for a vasectomy, it took something away from our marriage bond, we were incomplete. Thanks to our conversion, he has since reversed the vasectomy and offered up the risk he took undergoing the surgery and the pain in recovery for all the souls who are yet to come into the light of God’s endless mercy and love.

We had a naturally good working reproductive system. We had three pregnancies, one miscarriage, caused by the pill, and 2 beautiful boys. We tampered with our human nature, and now it’s not so perfect.

During that time after the vasectomy reversal we eagerly anticipated being able to welcome a new baby into our family. We prayed to accept God’s will for us, as we had now put this aspect of our marriage back in God’s hands, where it should have been all along.  It took three years and the help of and NFP doctor for us to finally be able to conceive. I became pregnant twice since then. We have five children, 2 in heaven as a result of miscarriage and three we are blessed to witness grow up. 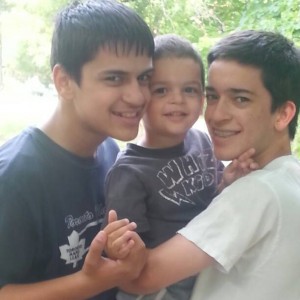 Our marriage has improved and we are being showered with God’s graces. We have a new found hope and joy in our suffering.  We share our story with anyone who is willing to listen to it, in hopes that many more couples will learn without having to go through the same suffering we endured.  It takes wisdom to learn from other’s mistakes.

We recommend further reading and education in this area of God’s teaching. Theology of the Body and the Pope’s letters on human dignity and God’s plan for marriage and family, offer a treasure of information for husbands and wives.  There is so much available to us within the Church 2000 years of experience.  It is well worth learning. 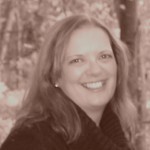 Tima Borges is a Catholic wife, mother, writer and speaker. Her and her husband with engaged couples preparing for marriage. She also co-ordinates faith based events for women and their families. You can find Tima at http://timaborges.wordpress.com

Tima Borges is a Catholic wife, mother, writer and speaker. Her and her husband with engaged couples preparing for marriage. She also co-ordinates faith based events for women and their families. You can find Tima at http://timaborges.wordpress.com