Discernment is for Life! 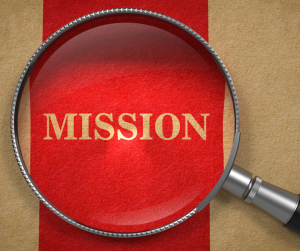 The other day, a good family friend (and someone whom I admire very much) asked me if I had thought about my vocation.

“Good!” she said with a smile. “I was just wondering because not a lot of people ask about it these days.”

This short conversation struck a chord with me. Not because I had not thought about my vocation. But because I almost never stopped thinking about it.

In my tween years, I remember being taught the importance of vocational discernment. The discussion was framed like so: figure out whether you are going to be a nun, single person, or wife. (The assumption being that from then on life would fall into place?) I did pray wholeheartedly about my vocation…although admittedly, my prayer often began, “Please God, find me a husband!” The point is that even before high school I was convinced that I had to start preparing for what I was going to be when I grew up.

But in my mid-teens I recognized the limitations of this view of vocation. I had felt like I was waiting for a grace-filled day when I would receive some clear signal about what I was really meant to be. But wasn’t I meant to be, well, just me? If I joined a religious order at twenty-four, for example, then did that mean that God was going to ignore the first twenty-three years of my life?

Then it hit me. If your vocation is your “calling,” then it is naive to believe that it is just one thing. God doesn’t call just one time. Many saints died before they were adults, but no one believes that they died before fulfilling their vocation. They lived their vocation daily. So from that time on I grew in an awareness that my vocation was not one fixed state. It was dynamic, a process. If I listened and discerned, I would always be where God wanted me to be.

I believe that part of my current vocation is working in the pro-life movement. One day I woke up, had this revelation, and called a crisis pregnancy centre to start volunteering. I’m lying. Actually, my work began when a family friend called me and told me she wanted me to meet someone. She drove me to my local Right to Life Association and introduced me to the executive director. He asked me to join the board as a youth member. I was essentially pushed into the pro-life door, and now I am leaps and bounds from where I started. And this is because I accepted the call to do more…and more.

To clarify, I do not underestimate the importance of praying about whether you are called to religious, married, or single life. But there is the danger that you will feel like an incomplete person until that fateful day when you take your vows. Reaching your state in life is momentous, no doubt, but you  have a life full of choices and duties both before and after that. Remember that God has an eternal plan for you from day one, regardless of your age or state in life. And that is why discernment is for life.

Sarah Blake is a Philosophy and Christianity & Culture student at the University of Toronto. Sarah also teaches piano and is a regular volunteer for the pro-life movement. She has recently co-founded the first virtual pro-life club for homeschooling students. Sarah is thrilled to be sharing her young adult voice as she strives to counteract the culture and reclaim it for Christ.