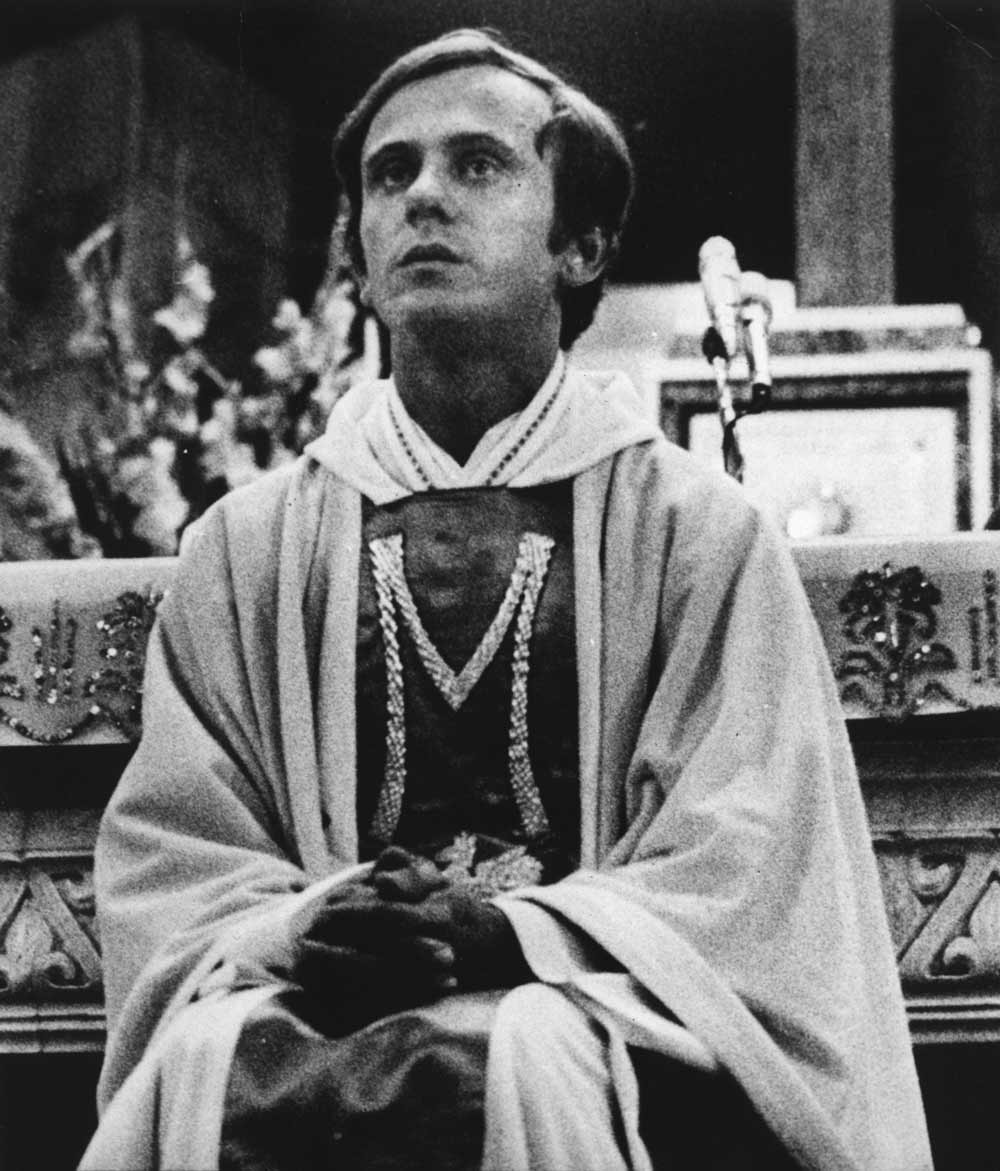 Father Jerzy Popieluszko died for human rights and religious freedom in Poland on October 9, 1984.  He did not need to do it.  There was a path to freedom in the United States offered to him, but he chose death rather than be silenced by a government that hated the truth.  Fr. Jerzy is a hero for such a time as this.

Cardinal Donald Wuerl’s latest book, To the Martyrs: A Reflection on the Supreme Catholic Witness mentions Blessed Fr. Jerzy. During Wuerl’s childhood in Pittsburgh, church pews often held men who had been imprisoned for their Catholic faith. “I know of one man from the Ukraine, whose fingers were as gnarled as the limbs of an old oak,” he recalled. The man had twice been imprisoned and subjected to harsh cruelty. “Every one of this fingers had been broken at least once and left to set and heal without medical care,” Wuerl explained. “He survived; but he knew many others who did not.”

Catholics from the Communist Eastern Bloc occasionally managed to visit relatives in the Pittsburgh area for brief periods before returning home to government surveillance and risks. “One such visitor was Father Jerzy Popieluszko, a young Polish priest who was chaplain to the Solidarity labor union,” Wuerl wrote. He explained that Fr. Jerzy often preached about injustices of Communism and as a result, was regularly detained and threatened by the Polish government. Fr. Jerzy had visited relatives in Pittsburg in 1972, 1974, and 1976. They urged him to seek refuge in Pittsburg as they had done, but the priest felt God was calling him to serve his people in Poland.

The documentary Jerzy Popieluszko Messenger of Truth shows Polish crowds with tens of thousands defying government orders and beatings in order gather for Fr. Jerzy’s Masses and to hear him speak about freedom and human rights. The government officials feared and hated the truth that he spoke. Fr. Jerzy had become the chaplain for the Solidarity trade union that formed in 1980 against Polish law. After 40 years of Communist oppression, the working people—primarily Catholics– rose up and refused to be silenced even in the darkest days of martial law.

Fr. Jerzy was on his way to Warsaw on a forest road when he was ambushed, beaten to death, and thrown into a river. Eleven days later, the BBC reported: “Polish police have recovered the body of a Roman Catholic priest an outspoken champion of the banned trade union Solidarity. Father Jerzy Popieluszko, aged 37, was kidnapped on 19 October allegedly by three secret police, led by a police captain in the Interior Ministry, who have since been arrested. 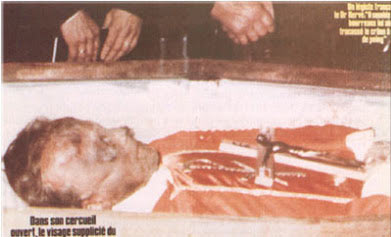 “Father Popieluszko had become famous throughout Poland when he drew thousands to his church where he preached against the Communist government. In March this year the Pope sent Father Popieluszko a gift via the Bishop of Warsaw after he had attacked the Polish Communist government for banning crucifixes from schools. After a 2-day search, divers found his body in a reservoir on the River Vistula.” 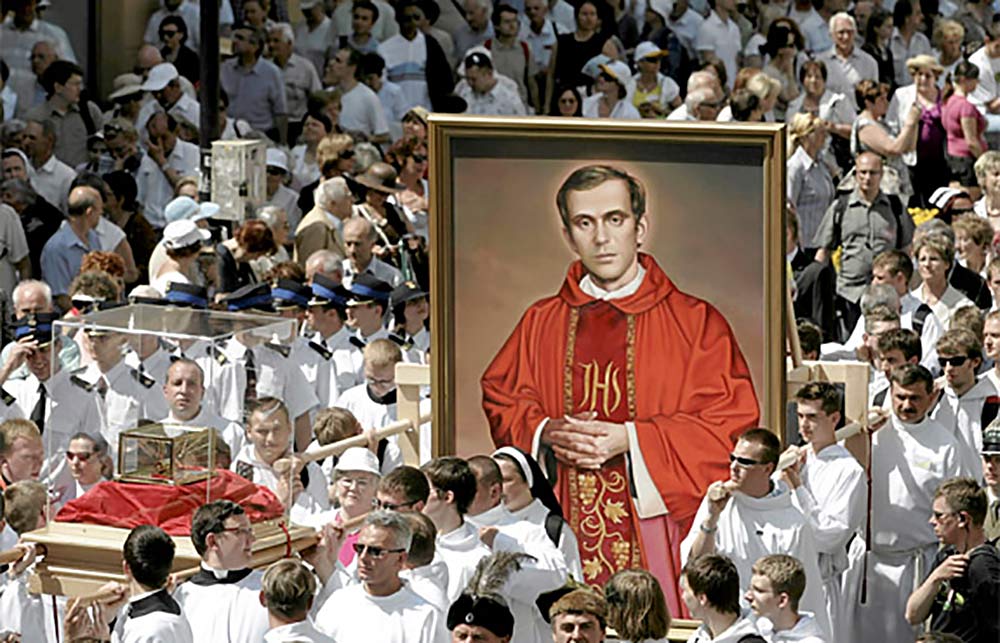 It was estimated that close to a million attended his funeral and many miracles are attributed to his intercession. Many believe that the blood of Fr. Jerzy’s martyrdom led to the triumph of freedom in Poland when communism fell in 1989. The Church beatified him on June 6, 2010.

In the United States and around the world, as we see increased persecution of Christianity let us pray to Fr. Jerzy, an intercessor for religious freedom.

Prayer for the Intercession of Blessed Fr. Jerzy Popieluszko

O God, Infinitely good, who didst favor your servant Fr. Jerzy Popieluszko with the grace of fidelity to the priestly vocation even unto martyrdom, we beseech you, in the words of Pope John Paul II, “That good may arise out of this death like the Resurrection out of the Cross.”  Grant that Fr. Jerzy, a steadfast defender of the rights of God and the rights of man,  given to our country and to the world as a sign of victory of love over hate,  be raised to the glory of the Altar. Merciful God, at the intercession of the Servant of God, Fr. Jerzy, grant me the grace for which I fervently ask, for __________________________________
Let the sacrifice of Fr. Jerzy’s life, and his intercession with you, contribute to the growth of the Christian faith, unity and peace in the world. Through Christ our Lord.
Amen.

With the approbation of the Primate of Poland,
Jozef Cardinal Glemp, 07-03-1997. No. 736/NK/97.
If one receives a grace through his intercession they are asked to contact the
Postulator for the Process of Beatification:
ul. Hozjusza 2, 01-565, Warsaw, Poland.

Patti Maguire Armstrong
Reprinted with permission of the author.