Women and Careers: The World According to Fulton J. Sheen 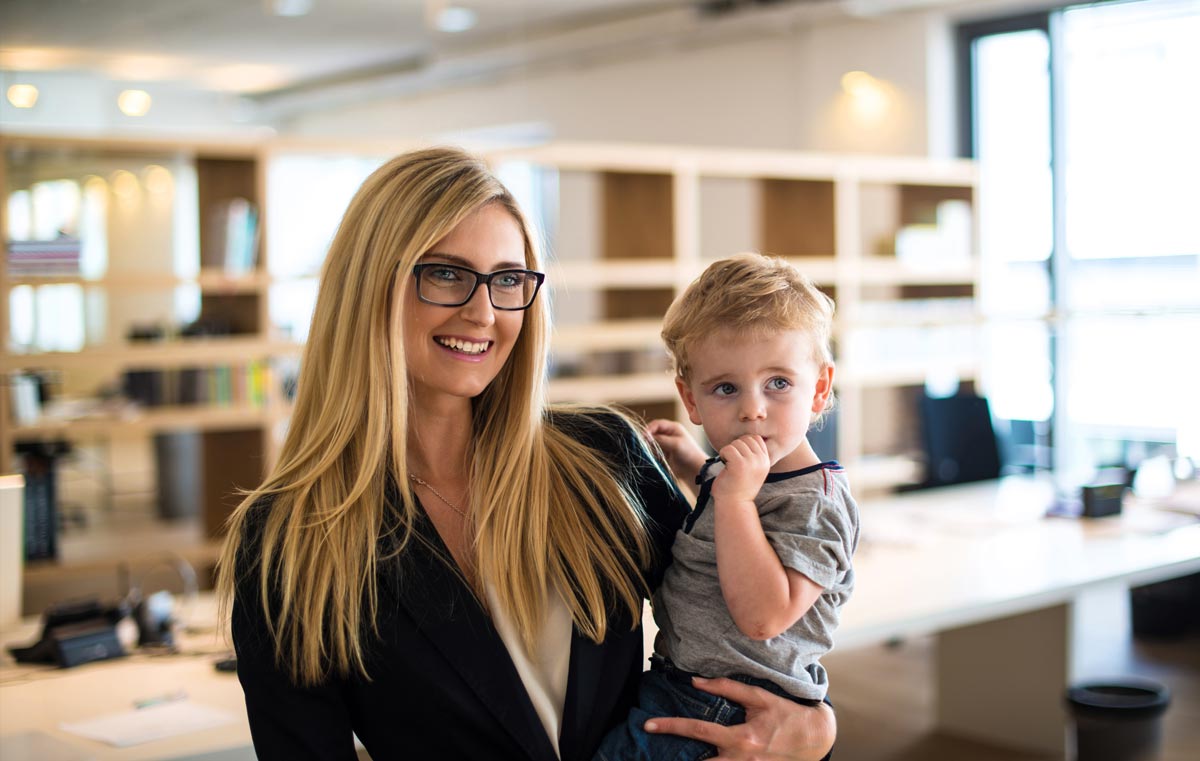 I’m in the throes of moving for the second time in less than one year. While packing our bookshelf up once again, I came across “Love, Marriage and Children” by Bishop Fulton J. Sheen.  I don’t know about you, but it usually takes me several enjoyable hours to pack up my books because I can’t resist picking each book up, turning it over, opening it up and reading a snippet and then lovingly placing it into a box.  And I have a giant wall of books.  When I picked up Bishop Sheen’s book last night, it took me an extra long time to put it down because I happened to open it to the chapter entitled “Does a business career harden a woman?”  I was fascinated from the get-go, not only because of FJS’s uncommonly practical good sense, but because the subject matter is so close to my heart.

In certain Catholic and Christian circles, it is the understanding that the only place a woman belongs is in her home, caring for her children.  It has been put to me that the greatest of travesties are childless married women or single ladies working in the world – how can they be true to their femininity without staying home and having babies?  I have struggled with this view, as I want to be true to my own womanhood. Where do I fit into God’s plan for femininity in the working world?  Is having a career antagonistic to the feminine heart, hardening the spirit and damaging it?

Not at all.  Bishop Sheen is adamant that the feminine spirit is neither hardened nor damaged merely by working in the world, as long as each woman brings who she truly is at her core to her work.

So then who are we, as women?  What do we have to bring to the workforce, and to the world?

In the beginning, man and woman were assigned separate and distinct roles.  Man was instructed to cultivate and care for the Garden of Eden.  His role was primarily concerned with nature, that is objects, abstractions and things of the world.  Woman was made as helpmate, companion and bearer of life.  Her role was centered on life and love – centered on persons.  Sheen says, “The man is much more concerned with action, the woman with the inspiration to action.  She does not so much help man, as inspire him to help himself. …Woman, inasmuch as she is dedicated to life and is a symbol of rebirth and renewal, is personal.”  Woman brings her focus on persons.

In line with his nature, man proceeds logically in thought.  His thoughts are with objects, abstract ideals and business, while woman’s thoughts are more intuitive.  “…woman is concerned with love and concrete reality…her intuition is rather immediate, like the eye when it instantaneously measures distance or dimension.  She arrives at conclusions without taking intermediate steps, discovering undertones of character.  Her knowledge comes through identification and co-naturality with others.”  Woman brings her intuition.

Men are more apt to be heroes through some great passionate outburst of heroism.  Whereas a woman is “capable of more sacrifices than a man.  A woman’s love makes a thousand small sacrifices, sprinkling them through the days and the months; their very repetition gives them the character of commonplace.”  Woman brings her ability to sacrifice for the sake of love.

“The essence of femininity was revealed when an angel came from heaven and saluted a Woman: ‘Hail, Full of Grace…’ and summoned her to be the bearer of the Divine.”  Just as the Blessed Mother uttered her Fiat to the Divine Mystery being presented to her and submitted to the requirements of the Divine Will, so too every “woman by nature is meant to be a collaborator with God in a work which brings Heaven to earth, God to man, eternity to time.  A pencil if conscious, would be happy when it is writing…so, too, a woman is happy when she is submissive to heaven’s holy purposes.”  Woman brings heaven to earth by her collaboration with and submission to God.

Every woman is born to be a mother, either biologically or spiritually.  This innate call to universal motherhood is the basis of a woman’s spiritual motherhood, even when she has no biological children.  “A woman becomes a spiritual mother when she holds out her hand to the weak and the abandoned.  …That’s why professions like doctor, nurse, social worker and teacher are not professions in the strict sense that they are for men, but are expressions of spiritual motherhood.”  But that is not all.  Woman, by being true to her feminine heart brings the Divine to the world.  She brings life into the world not only physically, but also mentally and spiritually by her very nature and this ability to bear life is deeply connected to her mission and vocation.

“Woman has to bring the Divine to the human; otherwise she is not happy.  If she is denied, or denies herself the fulfillment of this spiritual mission of giving and surrendering herself to others, she has a far deeper sense of inadequacy and emptiness than a man can have, because of the greater depths of her fountain of love.  The frustrated and unhappy women in the world today are so not because of the economic and political and social world in which they move but because of themselves; the wreckage is due to the loss of their mission in life.  Woman has forgotten her nature, and she has forgotten that she is heaven’s instrument on earth.  Man cooperates with nature, but woman cooperates with God.  Woman, to be happy, must be a co-worker to the Divine; she bears what God alone can give.  As Leon Bloy has said: ‘The more a woman is holy, the more she is a woman.’” ~ (emphasis mine)

Since men are, by grace and nature, geared outward, towards the world and women inward, towards persons, the good bishop speaks about the feminist “Equality” tagline being inherently flawed.  Since the feminist version of equality roughly means “anything you can do I can do better”, what they were after was absurd.

“Equality meant uniformity, or exactly the same amount of everything for everybody.  It was forgotten that there are two kinds of equality: mathematical and proportional equality.  For example, a mother does not give the same clothes, same food, same spending money to a son of two that gives to a daughter of sixteen; but as a good mother, she gives proportional equality, according to age, needs and physical and spiritual differences.” 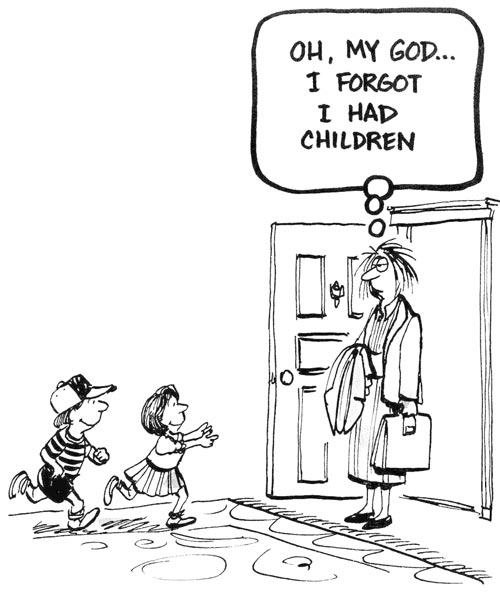 Why would women want to trade in their precious gifts?  To be more manly in their methods?  I grew up with 6 brothers.  I must admit there were many a time that I wished I were a boy if not only to fit in with the boys games of baseball or hockey, telling myself I enjoyed these things when I hated them.  It has taken me years to come to an understanding and love for my own feminine heart and nature, which I only recently learned is beautiful and desperately needed in the world.

What not to do

Bishop Sheen specifies certain kinds of work that are decidedly unfeminine.  While I started to think of all the dirtiest jobs possible – sewer cleaner, roadkill collector, septic technician, etc – what Sheen says surprised me, but as usual makes good sense.  His idea of unfeminine work is “…repetitive work with machinery, like pushing a button when a blunt needle passes on a belt.  Particularly defemininzing are those jobs which are beyond a woman’s physical strength.” It is the mind-numbing, soul-crushing repetitive jobs or the jobs that require brute physical strength a woman doesn’t possess that oppose a woman’s spirit.  And while women will do many a soul-crushing, mind-numbing thing for love of their husbands and families, to choose to do so indefinitely when other choices are available is spiritual suicide.

Young people, be who you are

“It is not a question now of whether woman should appear in public or be content to reign in private; the question is rather whether she will exercise her role in a specifically feminine way.  All the professions can be bettered through her spiritual influence.  Man came from the slime of the earth; but woman came from a rational creature, made to the image and likeness of God.”

This missive is not meant to be insulting to men and worship women.  It is a call to all women to be true to your feminine hearts; especially within the vocation God has placed you, whether that be within or outside of the home.  It is not surprising that women can do most of the typically male jobs.  What might be surprising is that women’s gifts are desperately needed within the workforce and that all the professions can be bettered through her spiritual influence – tempering and complimenting the gifts men bring to the workplace.   “Imagine Helen of Troy, Joan of Arc, Esther, Ruth or the women at the foot of the cross as men instead of women.  The very uniqueness of the roles they played was due to the spiritual qualities they alone possessed.”  Our differences in nature, outlook and gifts not only compliment each other, but if we acknowledge them and play to our strengths, contribute to our happiness, contentment and fulfillment.