Are You a Feminist?

I took an online survey a few months ago called “Are you a feminist?”  I was eager to know the answer because in all honesty, I didn’t know if I was one.  I’m a 30-something married woman who strives to be ok in her own skin.  I work part time outside my home, and the rest of the time within my home (no I don’t have a business on the side, I’m a homemaker-without-kids).  I love my husband.  I’m generally not angry, and I’m a practicing Catholic (which may de facto exclude me from flying the feminist colours).   I strongly believe that mothers are profoundly and irreplaceably important to their little ones, and if that wasn’t bad enough, I sometimes wear long skirts (**gasp**) and I don’t wear bikinis. 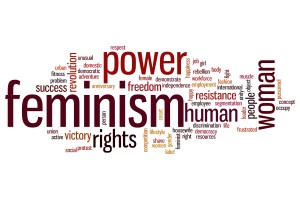 So I clicked on the link to the survey – which came up with this:

“Do you believe in the complete equality of men and women?”

Of course, I clicked yes and was taken to:

(Incidentally if you click no it takes you to a similar screen that says, “You’re not a feminist. Shame.”)

That’s it?  How disappointing!  How naïve.  And how utterly simplistic.  I couldn’t believe that’s all there is to it.

As it turns out, that’s not all there is.  Webster defines feminism as the “movement for social, political and economic equality of men and women.” Feminist.com goes further.  It adds, “Feminism means women have the right to enough information to make informed choices about their lives.  And because “woman” is an all-encompassing term that includes middle-class white women, rich black lesbians and working class straight Asian women, an organic intertwining with movements for racial and economic equality, as well as gay rights, is inherent to the feminist mandate.  Some sort of allegiance between men and women is also an important component of equality.  After all, equality is a balance between the male and female with the intention of liberating the individual.”

Wait.  What?  I was really struggling to understand what straight Asians and rich black lesbians have to do with the definition of feminism – which (according to the original survey) is simply the equality of men and women.  And that, my friends, is the problem.   Feminism has become this electrified buzzword – a word synonymous with all sorts of different movements, people, feelings, emotions, causes and historical events, some of which are even directly opposed to one another.  Here are just a few things I personally associate with feminism: 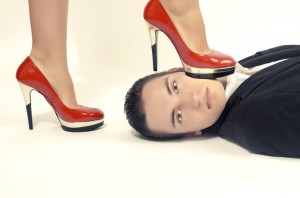 I also surveyed my friends on social media, informally asking them to put down the first thing that comes to mind when they see the word “feminism” or “feminist” and here’s what I got: 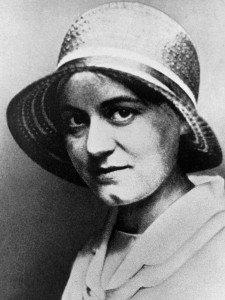 The Bechtel Test
Maya Angelou
Bra burning
Edith Stein
Alice von Hildebrand
Men being told to stop being gentlemen
Women being able to vote
Women being forced to work anywhere but in the home
Equality for women, but not for men
Bitterness
Anger
Confusion
Emptiness

Talk about confusion!  But there’s more.

American Feminism has some historical roots in the suffrage movement – the movement that succeeded in gaining the rights for women to vote and be involved in political life.  Women like Elizabeth Cady Stanton, Lucretia Mott and Susan B. Anthony were at the helm around the turn of the century, encouraging women to begin trade unions and working tirelessly for women’s rights.   They were called First-wave feminists (according to  “http://en.wikipedia.org/wiki/Feminism” the almighty Wiki).  Then there were Second wavers (those following in the footsteps of Simone de Beauvoir around 1960) and then Third-wave feminists who surfaced around 1990.  Each wave came about because of the perceived failures of the previous wave.  Then there are various offshoots of each wave.  There is Standpoint Feminism (which asserts that the movement should address specific global issues like female genital mutilation or rape and incest) and Post-feminists who have irreconcilable differences with both second and third wavers.  There is also a group who call themselves New Wave Feminists who ascribe to certain feminist ideals (whatever they might be) but intend to reclaim the feminist label “from those who have corrupted it” and identify with the pro-life movement.  To further complicate matters there are countless other political, materialist, black and postcolonial, social constructionist and cultural ideologies and movements that can overlap with one or all of the waves.   We also can’t forget about the other named facets of feminism out there (according to the  University of Alabama website):  Liberal Feminism, Radical Feminism, Marxist and Socialist Feminism, Cultural Feminism and Eco-Feminism – and I’m sure there’s a whole heck of a lot more.  I won’t bother explaining what all those factions are about because a) I don’t really know and b) it would take a doctorate in women’s studies to find out.  And does it actually matter?  Can’t we just agree that it’s all a gloppy quagmire of Mississippi mud – this “feminist” thing – and leave it at that?

A few months ago I heard   Fr Denis Lemieux speak about human beings and their relationship to technology and his main point, the one that he drove home over and over again wasn’t  “don’t use it” but rather we must THINK about what we’re doing.  “Don’t let technology take you anywhere you don’t want to go.  Know who you are and what your life is about.  Think and be free.”  I think the same concept applies here.  If you want to identify yourself as a feminist, do so, but think about what you believe, and know what you mean when you say it.  Words are important.  They mean something and we shouldn’t just throw them around like they don’t, most especially when using cultural buzzwords like ‘feminist’.   The danger is publicly claiming association with a group that might idealize values and morals that don’t jive with your own core beliefs.   We have to ask ourselves if we can really say that we’re feminists and Catholics?  What does that even mean?

Even after my preliminary foray into it, I’m still unsure of what it means to be a feminist, or whether Catholicism and feminism can jive together on some level.  I’m inclined to think that I, personally, am not one.  If I had to identify with one of the feminist ideologies, I would have to say I agree most with the philosophies and goals of the New Wavers or the First Wave Feminists, but even then it seems as if some of the women who could be considered first wavers – like Margaret Sanger – held views which I think are abhorrent.  Don’t get me wrong, I am utterly grateful for the rights and freedoms that Feminism has brought about for women; the right to vote and hold public office, legal rights and freedoms (like the right to be considered a separate entity from ones’ husband or the right to inherit), the right to pay equity and many others.   As with most movements and causes, there are, contained within the philosophy and rhetoric of feminism, nuggets of truth, beauty and goodness that I believe are still worth fighting for.  I strongly believe in the sacredness of every human life, that men and women are equal in dignity and stature and that the basic rights of all men and women should be fiercely guarded and some of these banners are taken up in the name of feminism.  Yet I can’t ignore the package that feminism sometimes wraps around those truths – the man-hating, the gender-bending, the bitterness, violence, confusion and anger and everything in between.  I can’t condone all that and since the packaging is often what I see when I come face to face with feminism, I doubt that I am one.

I am however a Catholic, which is sort of like being a feminist but without all the man-hating and clergy-assault.  Maybe I could call myself a catho-nist, or a Fem-olic, but I’d still have to explain what that means and what I stand for.  Or I have a better idea.  Maybe I’ll just call myself Sarah and leave it at that.