Am I Dumb Because I Have Eight Kids? 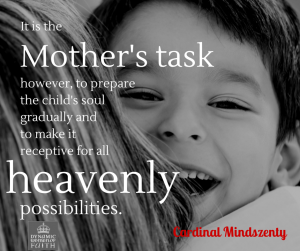 The Guardian UK recently published the article “Should We Care That Smart Women Aren’t Having Kids?” The piece was based on the work of Satoshi Kanazawa, a London School of Economics psychologist who conducted research on the link between intelligence and maternal urges and wrote the book The Intelligence Paradox based on his findings. He concluded that the higher a woman’s IQ, the less likely she is to have babies.

According to Kanazawa’s research, maternal urges decrease 25% for every 15 IQ points above average intelligence. The decrease is due to a conscious choice made by the women to not have babies. He is critical of voluntary childlessness, as indicated in the chapter “Why intelligent people are the ultimate losers in life.” Predictably, the journalist who wrote the article, Ms. Sadhbh Walshe, isn’t enamored with Satoshi Kanazawa or his book, choosing to defend voluntary childlessness.

Women who choose to be childless would be lauded by the likes of Simone de Beauvoir and Elisabeth Badinter, both of whom believed that having babies suppresses women. “As long as the family and the myth of the family and the myth of maternity and the maternal instinct are not destroyed, women will still be oppressed,” de Beauvoir wrote in the article “Sex, Society and the Female Dilemma” (Sunday Review, 14 June 1975). Elizabeth Badinter, author of The Myth of Motherhood, views pregnancy in terms of “suffocating.” 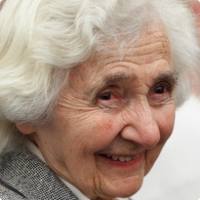 interview entitled “Made for Love” for plough.com. She points out that Satan has fooled women into believing that we are inferior if we have children. She observes that society no longer treasures the gift of maternity and the feminist movement looks down on motherhood.

How tragic that voluntarily childless women have got it all wrong. In fact, nothing challenges your grey matter like motherhood—whether you are a stay-at-home or working mom with one child or a dozen. Even the quietest, most unassuming woman can become a formidable force when called upon to advocate for her children at school, in the doctor’s office, in life. Moms multitask, prioritize, improvise, negotiate, research, and problem-solve as we juggle professional, volunteer, and personal responsibilities. And that takes brains.

In his 1995 Apostolic Letter The Dignity and Vocation of Women, Bl. John Paul II writes about the “feminine genius” and points out that a mother develops a special sense, an intuition, not just towards her children but towards people in general. “The mother accepts and loves as a person the child she is carrying in her womb. This unique contact with the new human being developing within her gives rise to an attitude towards human beings—not only towards her own child, but every human being—which profoundly marks the woman’s personality. It is commonly thought that women are more capable than men of paying attention to another person, and that motherhood develops this predisposition even more.”

Married women who are unable to have children as well as consecrated and single women can become spiritual mothers. Spiritual motherhood takes on many different forms, “express[ing] itself as concern for people, especially the most needy: the sick, the handicapped, the abandoned, orphans, the elderly, children, young people, the imprisoned and, in general, people on the edges of society.” But women who choose to remain childless deny themselves the opportunity to develop their maternal intelligence an,d therefore, don’t fully develop all aspects of their intellect.

A truly bright, vibrant woman successfully integrates all facets of who she is created to be and lives her life to the best of her ability with grace, generosity, compassion, intelligence, and humility. She doesn’t need to deny a part of herself in order to develop another. She embraces the entirety of who she is.

So, am I dumb because I have eight kids? Well, actually, I think having eight kids makes me quite smart.