The Need for Questions in Lent 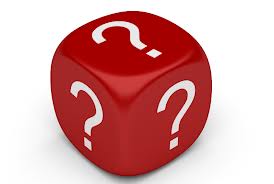 the roots of what has been keeping us from God in the first place.[i]

Purification and clarification can come about through the typical Lenten observances: prayer, almsgiving, and fasting. Fasting, for example, not only acts as an immediate purification of something (ie, a thing is taken away), but it can also clarify in that, as we are feeling the freedom (or the pain) of the purification, we start to ask questions: for example,

“why have I felt that I have needed this something in my life”;

“what in my life has made me become attached to this”;

“what is the root of my sin problem”; and so on.

Questions are crucial when we are striving to get at the root of our actions and when we are trying to better walk in the ways of holiness. The Examination of Conscience, therefore, and all its questions, is a most useful tool in this pursuit for holiness. Often, after a good examination of conscience, I discover that I have forgotten past lessons learned or I discover that I have a certain oversight that I didn’t realize I possessed. Such discoveries, when the results of which are put into daily practice, lead to a greater holiness and integrity of life.

Questions in the Confessional

For the first couple years as a priest, I would go through the usual Lenten ritual of sitting in the confessional for hours at a time, hearing various parishes kids’ confessions during school—whether Day School or PSR/CCD. And every year, I would hear the same litany of sins: “I was mean to my brother; I lied; I didn’t do what my mom told me to do; I said a bad word; and… I didn’t go to Mass.”

As a young priest, I wasn’t yet jaded to simply chalk this up to the typical child’s confession. So, a little surprised that a child didn’t go, I asked a simple question: “Why didn’t you go to Mass?”

And the kids would answer in one of three ways: “Because I had a [sporting event/vacation]”; “Because we slept in”; or (and most frequently):

“Because my parents don’t take me.”

I would hear that answer a lot. And what really struck me about this—what really shook me to the core—was not 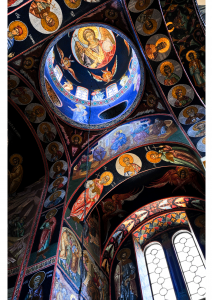 simply the frequency that this was said, but that most of the children were saying this with a heart and a deep sorrow in their heart and a deep longing to go to Mass. They knew they were supposed to be at Mass and they thought that they themselves were to blame for their not going. They didn’t yet realize that if their parents didn’t take them, then it wasn’t their (the kids’ fault), but the parents.

Quietly, there began to develop a righteous anger in me at the parents and a desire to “propose” certain questions to our parents, questions such as

“Do you realize the impact you are having?

Do you realize the sorrow that you are bringing to your child’s heart?”

But those questions I kept to myself. And the anger I brought to prayer and the tempering that experience would likely bring. Maybe I had an oversight; maybe I was being harsh and not compassionate. My anger subsided into a kind of pity for the whole situation.

That is, until last year. Last year, I started to notice that, by the time the kids were in the seventh grade, they would confess this sin of missing Holy Mass with a kind of nonchalance. They would go through their litany of sins, but totally dispassionate. Some would even confess with a smile on their face.[ii] Why was this? During their earlier years, they confessed this with sorrow. But now, with lukewarmness? Why?

I started to think about this and I came to the following reason: at some point during the past few years, the child felt that she had to choose. She felt, in her limited and child-like understanding of things, that she had to choose between God and parent: to love God and upset the parents or to love parents and hope that God would be ok with not-choosing Him.

It’s a child’s hope. But it is a hope that easy devolves into presumption. And presumption accounts for the disappearance of the sorrow. If God doesn’t mind if we miss Mass, then why should we feel sorrow for it?

This presumption would further devolve into indifference when the child realizes that her parents—the parents whom she chose over God—are indifferent to Holy Mass.

So, by the time the child is in seventh grade, she sees both God and parents as indifferent to Holy Mass. Conclusion: Mass couldn’t be that important as to call missing it a “sin”—much less a sin to be sorry about.

By the example of their parents and by the love the children have for them, the kids’ consciences were slowly killed—and with it, any sense of sin and sorrow for it.

At which point, I was angry again. But it wasn’t a righteous anger at the parents. It was an anger of helplessness. I didn’t see how this situation could possibly be remedied without some kind of miracle. I was angry that there had been decades of indifference and that it seemed as though no one had done anything about it.

So I tried doing something about it: invitations to confessions, hearing confessions more, treating it as important, teaching on the Holy Mass, etc. I even—when giving the kids their penance—I even told them to offer prayers for their parents.

And there was some improvement. But I was still very much swimming against the stream.

I too was tempted to think that maybe this is just how things are and maybe this is all part of the whole becoming a “smaller Church” thing that Pope Benedict had talked about.

This year, I heard confessions all throughout the Archdiocese. And I had long ago stopped asking why kids were missing Sunday Mass. I knew the answer to that question. But I started asking a new question:

When was the last time you received the Eucharist?

That’s a different question. And that’s a whole lot different than simply asking about whether one is going to Mass. This question puts the crosshairs square on the target: on receiving Jesus.

When was the last time you received Jesus?

I wasn’t ready for the answers I received. On average, fourth and fifth graders have not received Jesus since their first holy communion… in second grade. That’s two to three years without receiving Jesus.[iii]

I wasn’t angry any more. I was sad. I was deeply sad for the kids who haven’t had Jesus for two or more years.

When the seventh and eighth graders started coming to me for confessions, I started to ask them the same question: when was the last time you received the Eucharist. For the vast majority, it had been over a year. For some, it had been a full five years—again, since first communion.

Some seventh and eighth graders would smile as they told me that. At which point I would echo their answer: it has been five years since you have received Jesus.

And I added a new question:

Immediately, their conscience—just as it was way back when—was alive again. Every single one admitted that it was sad. Lukewarmness became sorrow again. And they missed Jesus. They knew it.

And maybe that might be seen as mean of me. But I am trying to keep their consciences alive. Trying to keep alive the notion that Mass is important. A notion that is being killed Sunday after Sunday by the example of their parents.

Trying to Find Answers to the Usual Questions

A couple years ago, I did an (anonymous) study at a Catholic day-school. I asked seventh graders a few questions. Those questions were:

Every child said that they went to Mass every week. On “Tuesday” (which was the day the kids went at school). 30% said they had gone to Mass in the last month. 70% said they go to Mass twice a year or less or never.

I did the same survey with the PSR/CCD program. And the results—save the part about going to Mass every week at school—were the same.

That probably would shock most day-school parents. It shocks every engaged couple that I’m preparing for marriage. Every time, the engaged couple says, “That’s odd. I thought that day school families would be going to Mass more than the PSR families. Seems like a waste of money otherwise.”

The natural question to ask here is: Why?

Why—not only why day-school and PSR families’ sacramental lives are nearly the same (despite one group spending thousands of dollars on the particular parish school), but also why some have the erroneous perception that day-school families are more faithful than PSR families.

A few months ago, I stopped asking why people aren’t going to Mass. After all, the answers to that question are usual and somewhat obvious: liturgical banality, secularization and frenetic pace of life, lack of examples of integrity of life and joy of faith, the killing of conscience, etc.

And I’ve learned that, sometimes, when we ask the same questions and get the same answers, maybe it is time to ask new questions.

So, like Lent, different questions should be asked before we embark on projects that we think will solve the problem. But they are questions that I do not ask myself, but I think we should ask the parents. I’ve answered them for myself already. It is now time for parents to answer them. Here they are:

–          parents, do you know that you children cry in my confessional because you are not taking them to Mass?

–          parents, do you know that your seventh-grade child has a killed conscience, the victim of indifference?

–          parents, do you know that if you continue in the way you are going, you will not see your kids married in the Church, they will likely not have kids, and all of this time and money you are spending is really wasted?

Maybe the parents’ consciences were killed long ago too. Maybe an examination is in order—an examination with questions meant to clarify and purify.

Maybe then we can ask the next logical question, which is: What should we do about it?

Father Anthony Gerber is a Catholic priest serving in the Archdiocese of St. Louis. This article originally appeared in his blog and is reprinted here with permission.

[i] Credit to Father Robert Barron for this idea. See “My Beloved Son,” Lighthouse Media CD; meditations by Father Barron.

[ii] There is a counseling action called immediacy where the counselor points out something about the patient for the patient to consider. For example, “When you were confessing your sins, did you know that you were smiling? Do you think that’s odd?” I started to ask this. Some admitted to being nervous and the smiling was a cover-up to that. Others didn’t even realize that it was out of place—they didn’t equate confession with sorrow for sins.

[iii] Of course, the kids have received communion at school, and so in full disclosure I do add to my question the phrase  “except when you go to Mass at school.”