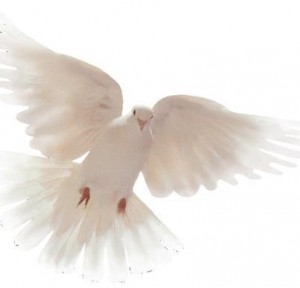 It was a bittersweet Mother’s Day for us. The joy of celebrating with our one-year old daughter was mixed with sadness for our first baby who would have turned three this year.

It happened on a cold January day in Ottawa. It was a tragic irony that when it happened, I was interviewing a mother on the phone who feared losing her son. In her case, it was to a prison in another continent, jailed for allegedly being part of pro-democracy protests. In mine, I didn’t know I was losing my daughter to miscarriage.Afterwards, only our family and closest friends knew what happened. When I returned to work a couple of weeks later, my bosses were very sympathetic, even telling me to take as much time as I needed. None of my co-workers knew what had happened to me, except for one who bravely shared with me her own experience of loss a few months later.
After it happened, I was in shock.  However, I couldn’t process the grief by myself. I felt I needed to return to the normalcy of everyday life, which included the constant busyness of a journalist’s work schedule. It was only when I didn’t have work a few months later that the grief came in tidal waves.I cried for the baby I never saw, never held and never comforted in the middle of the night. A baby I couldn’t kiss or giggle with, tickle or love to the moon and back. Part of the sadness was in feeling alone. Not being able to share the grief with others or to acknowledge that a heart-breaking, soul-crushing event just happened. The silence around miscarriage in society breaks my heart. When a child dies, there is usually a public acknowledgment of it. A wake, a funeral Mass or service attended by family, relatives and friends, condolences for the parents. That didn’t quite happen for us since only a few people knew.  We had a private funeral service for our little one, presided over by our friend, a priest, and attended by our family.  We buried a tiny box with her remains in the children’s section of a Catholic cemetery.

I feel for those who suffer in silence, a silence made harder to break not only by the extreme sense of loss and grief, and the difficulty in sharing something so private, but also by the lack of recognition for children in the womb. We often call expectant mothers “moms-to-be” even though they carry a life inside of them already. To me, they’ve already earned the title of “mother.”

I hope one day the silence around miscarriage ends and all babies are honoured and recognized. I hope the mothers and fathers who have lost children feel free to talk about their loss, if that is what they want to do in their journey to healing. I pray they get the help that they need to feel whole again.
I don’t have all the answers. Every one goes through their journey of grief and healing in their own way. I still have moments now and again, especially during our baby’s anniversary and on Mother’s Day, when I ask the question, “Why?” and struggle for answers.
Years later, part of what’s been helping me grieve and heal is not only by speaking with those close to me about what happened. It’s also by keeping our baby’s memory alive through visits at her grave site and including her in our prayers, asking her to look out for us and her younger sister. Next month, we hope to attend a butterfly release event by the Pregnancy and Infant Loss Network Canada for parents and their families to honour the children they have lost. We want to take our daughter there to celebrate her older sister in a public way, to acknowledge her existence, even for a very short time on earth.
For families who have been given this cross to bear, we can take comfort in our faith, that through the love of Our Lord, Jesus Christ, there is good in all things. Perhaps an answer I take comfort in is that our Gabriel and all other children who were brought to this earth for such a brief time and taken to their Heavenly home so soon, are living in eternal happiness with God and will live on in our hearts forever.
NOTE FROM EDITOR: Please visit Morning Light Ministry, a Catholic organization that helps families work through their loss. The do have a special service planned for Saturday, August 15, 2015.

Sheila Dabu Nonato is a full-time mom. In her spare time, she is a freelance writer. Sheila worked as a journalist at Postmedia News (Ottawa), The Catholic Register (Toronto) and The Jordan Times (Amman). Her online portfolio can be found at www.sheilanonato.com