Why We Need Our Friends 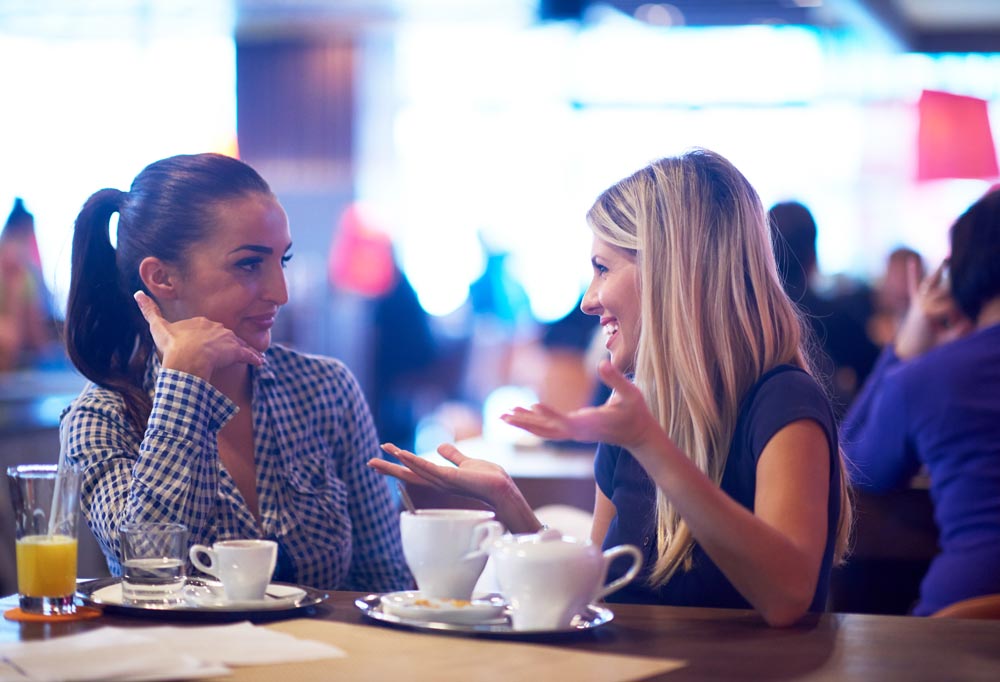 “I really don’t like my husband much these days,” the young wife complained to another married woman. “Don’t worry, it’s a ten-year marriage thing. It’s not your relationship, it’s the stage your relationship is in,” the older married woman counseled. In these days of quick divorces and lack of family support, a good friend can share the perspective that we so often lack.

As I overheard this conversation, I was reminded how much we really need these friendships and these interchanges in our lives. Sadly, in society today ideas about marriage are forced on us by sitcoms, movies and celebrity attitudes. They rarely reflect the truth about the struggles and joys found in married life. Instead, they show us a selfish portrayal of marriage in which happiness is based on what you get out of the relationship, not what you put in.

This is why we need the friendships of good Catholic Christian women in our lives. We need mentors and peers (such as those found in mother’s groups), biblical examples of strong female friendships and we need the sacraments to help sustain us during trying times of our marriage and family life.

Friendships
I remember a younger married friend reaching out to me in the early days of her marriage. “I don’t even want to be around him. He doesn’t talk to me!” She cried. I encouraged her to look past this moment and to turn this around by showing her husband extra love and kindness. Things did get better and she thanked me later for helping her show charity to her spouse, rather than the anger she was feeling. Strong friendships with godly women will help us to grow in love and faith. They will strengthen our marriages, rather than participating in tearing them down. This same friend has likewise encouraged me when I have struggled with the strain of raising teens and the toll that takes on a marriage. She, being closer in age to my teens than to me, was able to help me gain perspective and problem solve with my spouse so the issues brought us closer instead of dividing us. The world shows us a warped image of marriage, while these friendships can show us a Christian view of marriage. They remind us that long-lasting love and marriage are possible.

Biblical Examples
One of my favorite bible stories is that of the relationship between Naomi and Ruth. A passage from that story was read at my wedding as it is at many. What many don’t realize is thedialogue is not between husband and wife, but between mother-in-law and daughter-in-law. Ruth has been widowed and chooses to remain with her mother-in-law. What a beautiful example of friendship and mentoring!

“But Ruth replied, “Don’t urge me to leave you or to turn back from you. Where you go I will go, and where you stay I will stay. Your people will be my people and your God my God.”

Sacraments
I often wonder how many times the sacraments have saved my marriage. When we have damaged our relationship with sin, the sacrament of reconciliation unites us once again with God and each other.

When we have broken hearts and we are able to be united in the sacrament in the Eucharist, we are made whole again.

So many times, when we have struggled with raising our children or in our marriage we have cried out to the Lord in our anguish, begging Him for the grace promised in the sacraments of our children’s baptisms, confirmations and our sacramental marriage! The sacraments are marriage savers as clearly as gossip, selfishness and holding on to past hurts are marriage killers. We need God’s grace to overcome the large and small challenges of married life. God bless