When Mental Illness Affects the Family

Whenever a suicide strikes a community, everyone is shaken.

And yes, the news of the suicide of Rick Warren’s twenty-seven-year-old son, Matthew, was also very tragic. Rick 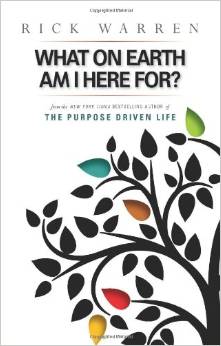 Warren is a famed Evangelical Christian pastor, a popular speaker, and the celebrated author of The Purpose Driven Life. In his statement to his congregation at the Saddleback Church in Orange County, California, Pastor Rick wrote: Matthew suffered “from birth with mental illness, dark holes of depression, even suicidal thoughts.” Only those closest to the family knew of the pain and the many unsuccessful attempts at treating his mental illness. In a pit of despair that descended after “a fun evening together” Matthew died of a self-inflicted gunshot wound.

Here are some statistics from the Centre for Addiction and Mental Health (CAMH) in Toronto, Canada:

The stigma of mental illness remains prevalent in society. We don’t understand it; therefore, we’re afraid and are ashamed of it. According to CAMH:

Just as ignoring symptoms of physical illness is harmful, so is discounting the signs of mental illness in our families, especially in our children. The worst thing a parent can do is make excuses. She’ll outgrow it. Boys will be boys. They’re just kids.

Growing up in my extended family, a case of mental illness was kept hidden. Things like that just didn’t happen to good Catholic families so the illness was covered up. Even now, the disastrous results of shame and denial continue to manifest negative effects. Confronting the situation years ago may not have completely resolved the problem but early treatment might have lessened the severity.

In the Catholic Church, we have our share of saints who, in present day, would be considered mentally ill:

What can we do if we suspect that someone we love is showing the signs of addiction and other mental illness?

Blessed John Paul II, in his address to the International Conference for Health Care Workers, on Illnesses of the Human Mind, 30 November 1997, stated:

The Church reminds the political community of its duty to recognize and celebrate the divine image of man with actions that support and serve all those who find themselves in a condition of severe mental illness. This is a task which science and faith, medicine and pastoral care, professional skill and a sense of common brotherhood must help to carry out through an investment of adequate human, scientific and socio-economic resources.

Whoever suffers from mental illness ‘always’ bears God’s image and likeness in himself, as does every human being. In addition, he ‘always’ has the inalienable right not only to be considered as an image of God and therefore as a person, but also to be treated as such.

It is everyone’s duty to make an active response; our actions must show that mental illness does not create insurmountable distances, nor prevent relations of true Christian charity with those who are its victims. Indeed it should inspire a particularly attentive attitude.