Should Catholics Criticize The Pope? 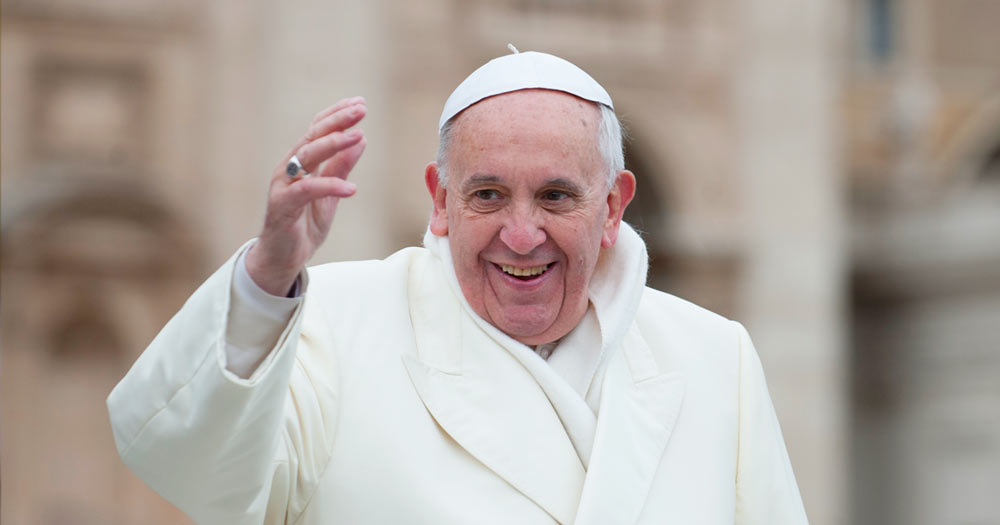 While the past three or four Popes were disliked mainly by people on the left, who wanted the Church to “move with the times”, Pope Francis has drawn the ire of conservative Catholics who fear that he is opening up the very possibilities that liberals were hoping for, but were firmly denied under Benedict and John Paul. Whether this is an accurate assessment or not is an open question that can only be answered in the future. But the question of how a Catholic should behave with regard to the Pope can be answered now. We have 2000 years of precedent and can see clearly which responses bear good fruit and which ones allow an opening for the devil.

For Catholics who consider themselves orthodox or traditional; who have always supported the magisterium even on the unpopular teachings dealing with sexual morality, contraception, the male priesthood, and who support Pope Francis, this rupture in the solidarity of the Catholic Right is deeply troubling and unexpected. We find ourselves defending the Pope, not against radical feminists or the proponents of democracy in the Church, but against the very body of solid Catholicism that we belong to. Those who believe in the sacred teaching authority of the Church, handed down through Peter and his successors are now the present Vicar of Christ’s most vocal detractors. It seems that these critics should know better. Here are some reasons why;

1.
It’s not your job! Each Christian is given a role to play in the mission of the Church, which is to make disciples of all people – to spread the news that Christ has come into the world to save us. If every believer attends faithfully to the work assigned personally to him or her, they will be fully occupied and their lives will bear fruit for the building of the Kingdom of God. Has God assigned you to critique the Holy Father and get the word out when you find his works lacking? Not likely. More likely you are neglecting your personal vocation by spending time reading, listening to, talking about, and stewing over what is purported to be going on in Rome.

2.
Spreading suspicion or doubt by questioning the wisdom of the Holy Father can be very damaging to the faith of other believers. If you are interested enough in the intrigues of the Vatican to be thinking and talking about them, then there are likely people in your circle of family, friends and colleagues who look up to you or rely on your greater knowledge. You have a responsibility to be a model of Christian virtue for them and to lead them to Christ. Some are weaker in faith and can be easily discouraged by what they perceive to be scandal or deceit within the Church’s hierarchy. Some may take a step back and resist the urging of the Spirit to engage fully in the life of grace – others might leave the Church altogether. “Things that cause people to stumble are bound to come, but woe to anyone through whom they come.”

3.
If you are a true Catholic you can trust in the sure promise that the Holy Spirit is leading the Church. According to Wikipedia, of the 115 Cardinals who elected Francis, 48 were appointed by John Paul II and the other 67 by Benedict XVI. We have every reason to believe that these two spiritual giants selected wise and holy men. We can be sure that they would be open to the work of the Holy Spirit in that conclave. To go from these solid facts to the supposition that they somehow got it wrong and that we are being led astray by Francis is a leap of illogic and requires

setting aside the basic premise of apostolic succession. Did you admire and revere the previous two Popes? Then have some respect for their successor out of respect for them and the holy institution to which they devoted their lives.

4.
The witness of the saints is not on your side. Most of them would endure great persecution at the hands of their superiors without breathing a word of criticism. Catherine of Sienna, in a time when the Popes were little more than corrupt politicians consistently referred to “The Vicar of Christ on Earth” and offered her prayers and guiding support for him – never denunciation. The holy saints of past and present trust in God to guide the Popes.

5.
The Church is established by Christ as a hierarchy. You have a duty to admonish and correct those within your charge; as a parent, teacher, supervisor or pastor. You sometimes have the opportunity to lovingly confront your peers, under the direction of the Holy Spirit. You never have license to publicly criticize or malign those who have authority over you! If you have valid questions, there are proper channels to communicate them, without drawing the attention of others or giving the devil an opportunity to use your doubts to stir up conflict and division in the Body of Christ.

6.
We need in this age, as in every age to evangelize. The work of criticizing the Pope is antithetical to the proposing of the gospel. Will anyone who is searching for God in darkness find the light of Christ through being introduced to the accusation of heresy at the highest levels of the Church He founded? Think of the effect this controversy, with fresh evidence of corruption almost daily, on the thoughts of those who might be considering joining the Catholic faith.

7.
There is so much that is good going on in the Church! So many exciting new apostolates are spreading the gospel of peace and love around the world. So many powerful evangelists at work. So many martyrs for the faith! When we focus on what is negative we necessarily fail to draw attention to all that is beautiful and good in this age. We can give our listeners the very false impression that “the world is going to hell in a hand basket” when in fact there is every reason to be thankful. The gates of hell will never prevail against The Church.

In conclusion, we might take to heart words from an unlikely source that aptly direct faithful Catholics in regard to their communication about the Pope. As the rabbit in Disney’s classic animated Robin Hood said; “If you can’t say nothing good – don’t say nothing at all”.

Ted Zettel and his wife Christine have six children and 28 grandchildren.  They are members of Holy Family Parish in Hanover and have been actively serving the Church in many different roles for over 40 years. Christine is a social worker with the Canadian Mental Health Association and Ted farms in partnership with two of their sons.”Check them  out at   zettelfamilyfarms.ca/news