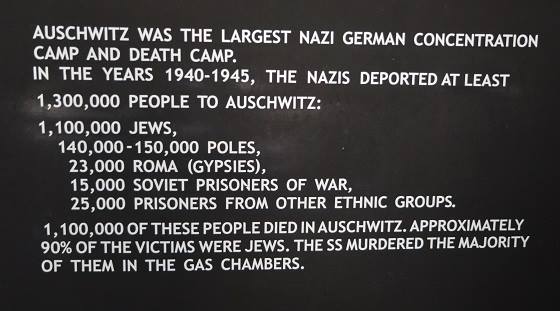 I saw a dandelion growing today at Auschwitz.

And I thought about the disdain we have for a dandelion. We cut them down. We poison them. We laugh at children who think they are special and worthy for display and a drink of water.

I saw a dandelion growing today at Auschwitz, and I thought of the lives lost there–where dandelions grow and grew.

And the lives were treated with disdain. Cut down. Poisoned. Deemed unworthy of any special place, unworthy of a drink of water. 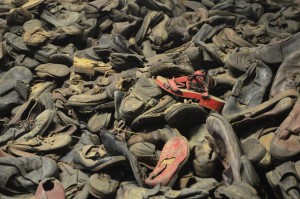 I saw the pictures. And some of them stay with me. The picture of the shoes–and two sets of red ones. They were in a display of children’s shoes. And I wondered … did they belong to sisters? Did the girls like their red shoes? Were they sad to remove them? Did they say goodbye to them, without knowing that soon they would say goodbye to each other?

I saw a tree trunk, and thought of prisoners sitting under that tree, only to realize that they probably weren’t granted even that much rest.

There were rooms full of human hair. A variety of colors and textures. Some so fine it had to belong to a very young child–or a toddler.

I stood in the room where people were gassed to death. In another room, their lives turned to ashes. 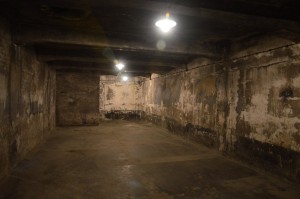 I stepped into the holding cell where they were forced to stand — until they died. No sitting. No kneeling. No break from standing — until death finally came.

And I thought about our tour guide. She said it is difficult to do what she does. “I do not work in a museum,” she said sadly. “I work in a cemetery.”

Here, life was mocked. Human dignity scorned. Lips spoke final words–goodbyes to each other, prayers to The LORD, questions about whether it would ever end. 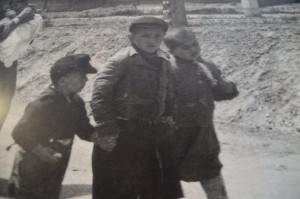 I saw Auschwitz today.  And I choose to remember that I saw this place.

I choose to remember each detail.

I will not blink or move on as one who saw something terrible that happened when my parents were the ages of the babies in the pictures.

I will not spend tomorrow or the next day as one that has not seen.

Today, it seems as though anti-Semitism is on the rise. I grew up with a love for the Jewish people and a love for Israel. That love is still there.

I cannot understand how we can forget so quickly.

Every day, I read Scripture, and every day, I remember again that The LORD formed a people for Himself and set them apart. Their history is our history, for we are people of faith and we share a common bond in our matriarchs and patriarchs of salvation history.

So look closely at the pictures. Do not look away.

The heavy metal of the doors that locked them into block 11 and closed on them as they died in the furnaces and imprisoned them in rooms where they were gassed–the metal is cold, and dark, and one can easily imagine the terror real people with real lives felt as they faced death. 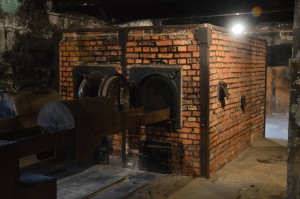