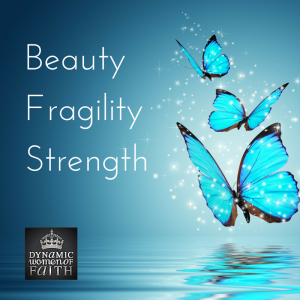 If you want to figure out if something is truly necessary in life, ask yourself, “Without it, would I die?”  In light of that perspective, one can certainly conclude that food is a necessity for survival.  It would therefore make sense that consuming food would bring nourishment that makes us feel good, not bad.  Consider, though, the case of Jonathan Pitre, a 14-year-old boy growing up in Ontario.  While food does nourish his body, it comes with a painful cost: eating causes blisters inside his throat.

Jonathan has a rare and excruciatingly painful genetic condition called epidermolysis bullosa (EB).  It is so debilitating that friction on his skin causes blisters on his body too.  In a moving documentary that can be seen here (https://www.youtube.com/watch?v=iuYxGtuBSgk&feature=youtu.be), one is exposed to the horrifying effects this condition has on Jonathan’s body: bandages that daily wrap around his fragile, skeletal frame, are removed to reveal his scaly, blistered, and cracking red skin.

People like Jonathan are described as “Butterfly Children.”  When asked to explain why that is, Jonathan says, “They call us butterfly children because our skin is as fragile as a butterfly’s wings.  As much as a butterfly is pretty and gentle, we have the heart of warriors.  We very much are stronger than we appear.”

A warrior Jonathan most certainly is.  Indeed, this small-in-stature teenager who relies heavily on others (such as his fiercely devoted mother) to daily care for him, has a strength to endure unimaginable pain.  He has a strength to continue moving forward in life, showing that hope is possible amidst suffering.

How?  In reflecting on the documentary, three answers come to mind as highlighted in Jonathan’s life:

When asked where his strength comes from, Jonathan reflects, “[My] strength comes from people around me, ‘cause they do believe in me, that I can get through it.”  Indeed, there is something about the encouragement and “cheerleading” of another that can drive us forward.  Consider why business people hire personal coaches, or why gyms offer personal trainers— it’s because we humans thrive on relationship with others. We need their encouragement. We weren’t meant to be alone.

Indeed, when Jonathan had the opportunity to watch an Ottawa Senator’s game, and asked if he would be watching one player in particular, he responded, “A team isn’t just made of one player, it’s all of them, so I’ll be watching the whole team.”

Jonathan not only experienced the necessity of community, but also the importance of a shared experience.  A life-changing moment for him was in 2012 when he attended an EB conference.  Why?  Because previously he had met no one with his condition.  Suddenly, a whole new world was opened up to him, a world of being “understood” in a deep and profound way.  He said, “I knew that I wasn’t alone anymore.”

What is striking, is the effect meeting others like him had on him—it expanded his empathy and his desire to look outward.  He said, “I knew since then that I was going to become an ambassador.  I want to start helping other people with EB.”  This conviction of his brings to life the words of Holocaust-survivor Viktor Frankl who wrote, “The more one forgets himself—by giving himself to a cause to serve or another person to love—the more human he is and the more he actualizes himself.”

Finally, Jonathan shows us the power of the human will.  There are others like him, with profound suffering, who don’t have the positive outlook on life that he has.  So while many can share the same experience—suffering—not all share the same response.  The response is what we individually choose.  And we can choose optimism, persistence, and drive, just like Jonathan has.  This reflects the power of the human will, which Frankl also speaks about:

“Everything can be taken from a man but one thing: the last of the human freedoms—to choose one’s attitude in any given set of circumstances, to choose one’s own way.”

Stephanie Gray is an inspirational speaker who has presented across Canada and the United States, as well as in England, Ireland, Latvia, and Costa Rica.  Learn more at www.stephaniegray.info.