***Since launching the Dynamic Women of Faith website, we have received several letters from women who, at their request, want to be heard anonymously, on a variety of sensitive topics.  After prayer and discernment we have decided to publish several under the name Jane Doe. A follow-up post is forthcoming.

“My broken heart weeps blood and tears from shattered vows, promises, and the thought of all that was lost.  My soul aches for truth, justice, and righteousness.  I need a real man and hero to stand against the evil, to protect me, to value our marriage and family like I do.  I look at myself in the mirror and wonder who I have become.  The pain masks my true self.  I feel like an old toy that was discarded and then brought out again, but for how long?  I’m scared.  Some days the grace flows freely, but other days I feel so very alone.  I am divided within myself, and I wonder how my own husband could betray me in such a perverse way.  Sometimes compassion and forgiveness is easy.  Sometimes the wound is too fresh.  I am in so much pain that I feel I might break in two.  How can I face this and move forward?  Supernatural power has carried me so far.  How long until that is gone?  I must seem so foolish to John.  A naive little housewife who wasn’t skinny enough or sexy enough, and who is now too stupid and weak to stand up for herself.  Why must I search for answers?  Maybe there aren’t any, and maybe there is no way to explain this horrible nightmare or find any redemption in it.  Maybe God will bring me true peace someday.  Today I am in turmoil, divided, and sad.” 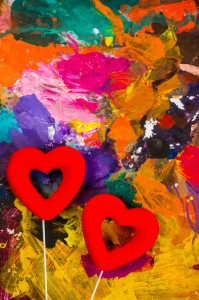 That is my diary entry from 3 months after my husband’s first official disclosure that my suspicions of 19 years were true and he did, in fact, have a pornography addiction.  Two months later he made a more detailed and disturbing disclosure that left no doubt in my mind that he was also a sex addict.  Nearly a year has gone by since that journal entry.  I would like to say that  those feelings are in the past, and that I have moved forward.  Some days I think I have moved forward while other days I’m right back there.  The pain that the partner of a sex addict feels is beyond explanation.

My story isn’t so different from countless others, I know.  We were married young.  I was Catholic but not practicing, and John had never been baptized.  We met in college, and I felt immediately as though we would be married one day.  John and I didn’t start dating right away, but we had many mutual friends, so we saw each other frequently.  He seemed shy and reserved, always focused on school.  I had an easier time with school and enjoyed being out with friends.  In the apartments where we hung out, there were often pornographic magazines and/or video tapes.  I recall the guys even watching videos even with a bunch of us girls present.  I had not been raised in an environment like that at all, yet somehow it seemed normal to me.  I didn’t like it and I hid my face, but I didn’t speak up about it either.  Within about a year John and I were dating and not long after that we were engaged and living together.  I assumed that the porn viewing was in the past, especially since John was done with college and we were in a relationship.  A few months before we were married I noticed that he would view pornography pretty frequently on the television.  He didn’t even try to hide it.  He would rent the videos while I was with him and watch “with” me.  I was horrified but didn’t speak up.  I was afraid I would lose him.  Why I thought I couldn’t do any better is beyond me, but I didn’t.

So we married.  I knew right away something wasn’t right.  He didn’t even want to be intimate on our wedding night.  As the years went by, him not wanting to be with me was a frequent occurrence.  He also regularly rented pornography until finally I found my voice and told him I couldn’t tolerate it any more.  He agreed to stop.  We had three children at the time and I thought the habit was in the past. John had been baptized and we were now very active in our church.  I thought it would all just be a bad memory from now on.   Unfortunately for me that is when the internet came on the scene.  I was so stupidly naive.  One night I came home from dinner with a friend and found pornographic images all over my computer.  I was horrified.  Something about the images was more vile than the videos ever had been.  It was as if these women were in my home.  I was furious and demanded that he never, ever do that again.  John said he was “just curious” and had never done it before and wouldn’t again.  I was crazy in love with John, and I thought he was my best friend.  I believed him.  But after the birth of our fifth child I received the cable bill with a charge on it for a pay per view pornographic movie.  He denied that it was him, but I knew that it was.  And not long after I once again found pornography on our computer.  There was so much pornography on the computer, it was mind-boggling.  Hours and hours and hours had been spent on there, and I could track the dates and times.  He had lied to me about where he was or what he was doing.

I desperately tried to find help, but there was none.  By this point I had come back into full communion with the Catholic 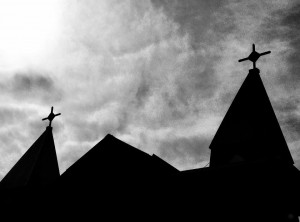 Church.  I couldn’t tolerate this behavior any longer and I made that clear to him.  He promised again and again that he had stopped and would never do it again.  For years the images that I had seen on our computer plagued my mind.  John continued to reject me sexually.  When we were together, he was rough and distant.  I knew something was wrong, but I couldn’t put my finger on it.  He would tell me I could check his cell phone or history on his work computer (by now we had Safe Eyes on our home computers and he didn’t have the password).  I checked those things, but I never found anything.  Occasionally I would come downstairs while he was watching television in the morning and he would quickly change the channel.  I got rid of cable soon after that.  We had 6, 7, 8, and 9 children.

I struggled to forgive him for what he had done.  I read countless books that I had found on pornography addiction, forgiveness, mercy, and marriage.  I thought if only I could be who and what he wanted that we could move forward.  After all, I thought, he wasn’t doing it anymore so what was my problem?  Why couldn’t I forgive and move on?  When I was expecting baby 10 I really thought I had reached the point of true forgiveness.  John had convinced me that I was crazy, hormonal, paranoid, insane.  At one point he had pushed me to be on antidepressants and convinced me that I had post-partum depression.  (I have since learned that it’s not uncommon for a sex addict to persuade their spouse to take antidepressants.)

After baby number 12 arrived I decided to seek help.  We couldn’t afford counseling in the past, but a friend of mine told me about the pastoral associate at a nearby parish.  I truly went to him to find out why I was struggling so much to forgive. I thought there was something wrong with me.  Within 15 minutes of our meeting he told me that he thought John had been lying all these years.  He said my “feeling” was God telling me that it hadn’t ended.  I didn’t believe the counselor, but I came home and asked John.  He denied it and that was good enough for me.  I told John that the counselor wanted to see him alone so that he could get a better idea of what I needed and how I could be helped best.  It was then that he confessed to me that he had been lying for all of those years.  He hadn’t stopped viewing pornography when he said he did.  He had viewed it at work on phones and devices that weren’t his and could not be traced back to him. 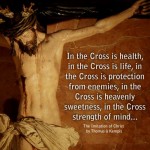 The weeks and months that followed his first disclosure were surreal.  I had a newborn baby and many other children besides.  Everyday was a struggle to get out of bed much less parent my children.  I grew closer to God in a way that I didn’t think possible.  One priest told me that women whose husbands have these issues are being invited up onto the cross with Jesus.  Truly this has been like a crucifixion in many ways.  After John’s second disclosure which involved significantly more than pornography usage, I had no choice but to cling to the cross with all of my might.  I couldn’t leave the marriage.  We had too many children.  By now I was expecting baby 13.  I had to find a way to seek justice but also find mercy in my heart for the man I vowed to love and cherish for all the days of my life.

I am grateful that John says he has chosen recovery.  He attends support groups and counseling.  I am blessed to do the same.  Sitting in a room full of completely devastated and broken women who love God and their husbands week after week, I have learned that pornography and sex addiction is a tool of the devil to destroy families and lives.  There is nothing minor about it and not talking about it or denying it doesn’t help anyone.  The Catholic Church is significantly behind the LDS and protestant churches in this respect.  Most of the help I received early on came from other denominations.  I was met with adversity in my own Church, for the most part, which made the issue so much worse.  It was as if I had been betrayed by my husband and my Church.  Why hasn’t the Church spoken out about this more?  Why are men being told in the confessionals and elsewhere to hide their addictions from their wives?  Satan is the father of lies, not God.  And God will reveal truth no matter how long it takes.  A marriage can never be what God has intended it to be without complete transparency.

Next time I will discuss the science of pornography and sex addiction.  Pornography is more addictive than crack cocaine and easier to hide.  I will share resources for spouses of addicts and for addicts to find help and ways to stay clean.  There is hope and healing for addicts, spouses, and marriages.

***Readers please note that on our website under the menu Great Stuff, go to Articles and LINKS and find other  articles and resources. The second blog post is now available. You can read it by clicking here.