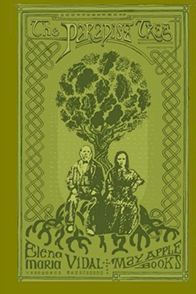 The Paradise Tree, by Elena Maria Vidal Click on the book cover to be taken directly to Amazon.

This is a beautiful book. It follows Daniel O’Connor as he grows up in Ireland, moves to Canada to pursue fortune and freedom, starts a family, and grows old surrounded by those who love him.

Taking place in the nineteenth century, the story covers a period of political and religious unrest in Ireland, creating very exciting early chapters. There is a lot of tension, as the main characters must hide their traditions while still facing systemic prejudice for their beliefs. Vidal firmly establishes Daniel’s love for his family and makes his family feel warm and welcoming. This makes the scene where Daniel decides to leave extremely painful, even as the political history justifies his decision. The entire book is full of these moments, where you sympathize with the characters while wishing they could act differently. It makes for a very human story.

What takes The Paradise Tree to another level, however, is the way that Vidal brings the settings to life. I can so vividly picture the O’Connor Christmas celebration in their small cabin in the Canadian forest that it feels like I was in the room with them. Vidal has a way of describing only the most important aspects of a scene but of describing them in such a way that the whole thing comes to life. It is fascinating.

This precision of focus works for the overarching story as well. Parts of Daniel’s life are glossed over entirely while others are narrated in rich detail. The parts that Vidal focuses on, however, are the exact parts that are most important. Learning how to be a doctor must have been interesting, but it isn’t nearly as important as meeting your wife. Vidal emphasizes the moments of connection, of family, and, in so doing, creates a very personal story. It feels like we know the characters as friends rather than acquaintances. This is a stunningly lovely book, the perfect thing to get lost in for an afternoon.