During a Lenten Friday Mass, I was called upon to use my nursing skills in an emergency situation. Just as the cantor began the Gospel Acclamation, an elderly woman in the pew in front of my family suddenly collapsed to the floor. My nursing instinct kicked in as I climbed over the back of the pew to get to her. As Father began proclaiming the Gospel, I performed a quick assessment of the frail woman and whispered to my husband to call 911.

Conscious but extremely weak, she admitted to me that she had just returned from a twelve-hour flight halfway across the world. Since it was a Friday in Lent, she had not eaten anything all day and felt that she should attend Mass. I asked the seminarian intern to get some orange juice, which provided her with much needed fluids and carbohydrates. Given her age and the circumstances leading to her collapse, the paramedics and I convinced her that the most prudent course of action was to be examined at the hospital.

In the years I worked as a staff nurse on an acute care floor, I would sometimes come across patients who wanted to fast on Fridays in Lent. Given a whole list of factors, going without food was a very bad idea. Most of the time, nurses were successful in convincing them to eat, but the thought that anyone sick enough to be in hospital would even consider fasting was beyond my understanding. 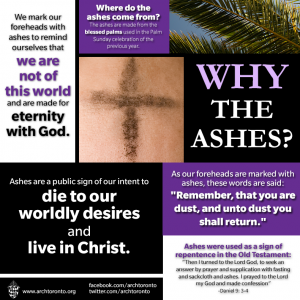 The Lenten season has begun. Once again, devout Christians the world over will be participating in the discipline of fasting. The graces obtained by this practice, which the Church considers to be the greatest form of penance, are abundant. The discomfort felt from a reduced food intake is nothing compared with the many blessings obtained.

The prescribed rules for fasting are reasonable for most people:

Many Christians choose to fast on all Fridays in Lent and for most people, this is do-able and safe. The concern I have with the discipline is when fervent observers get the notion that if some is good then more is better—and fasting is taken to an extreme. Those who choose to ignore the exemptions for age and health can risk their well-being, just like the woman at Mass.

In the fifteen years that I was either pregnant or breastfeeding my eight children, I didn’t fast during Lent. Pregnant and breastfeeding moms are exempt. So is anyone who has a chronic medical condition such as diabetes. Those who are undergoing medical treatment or recovering from an illness or surgery are also excused from fasting.

According to St. Francis de Sales, “besides the ordinary effect of fasting in raising the mind, subduing the flesh, confirming goodness, and obtaining a heavenly reward, it is also a great matter to be able to control greediness, and to keep the sensual appetites and the whole body subject to the law of the Spirit.” (Introduction To The Devout Life) However, he further states that he “disapprove[s] of long and immoderate fasting” since it “has made many a one useless in works of charity.” He gives the example of St. Bernard who “repented of his excessive austerity.” In other 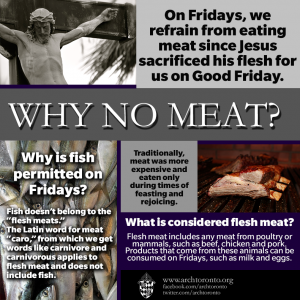 words, St. Francis is cautioning us to be careful.

God grants us suffering; we ought not to add man-made suffering to our lot. Austere fasting or eating inadequately when one is ill or otherwise exempt causes unnecessary hardship. In my opinion, it may even be prideful because we do not acknowledge our personal limitations.

St. Francis goes on to say that because of the demands of different types of work, some of us should not fast from food. “Fasting and labor both exhaust and subdue the body. If your work is necessary or profitable to God’s Glory, I would rather see you bear the exhaustion of work than of fasting. Such is the mind of the Church, who dispenses those who are called to work for God or their neighbor even from her prescribed fasts.” Many jobs and professions fall into this category as does caring for little children at home.

Those of us for whom fasting from food would be unwise can commit to other forms of fasting during Lent. Be creative! Social media fasts have gained in popularity and there is the time-honoured denial of a favourite snack item such as chocolate.

Regardless of what we choose to forgo, the reasons for fasting remain constant. We fast in reparation for our personal sins and for the sins of the world. We join our sacrifice to that of Jesus’ sacrifice on the cross. In denying our appetite for food or other things, we are able to subdue the body’s physical appetites. This allows us to focus our thoughts and hearts on the Divine, clearing away the mental clutter that is a hindrance to prayer. By fasting, we practice detachment from even good physical things so that we are mindful that only God can satisfy our desires.

The three pillars of Lent—fasting, prayer, and almsgiving—are disciplines which are beneficial for our souls. Fasting undertaken wisely and in humility helps us to observe a good, prayerful Lent and prepares us for the triumph of the Resurrection.