Advice for Parents with Children Who Have Left the Church 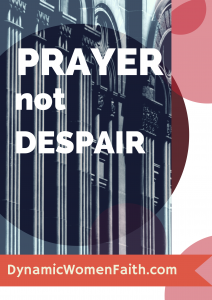 My child has left the Church, what should I do? Why does it seem like my prayers are not answered?

Those two questions are heavy in the hearts of many faithful Catholics.

Fr. Thomas Grafsgaard, pastor of St. Wenceslas of Dickenson, North Dakota, made these questions the topic of his two talks at the Women’s Simple Lenten retreat for the Bismarck Diocese.

“It’s a common theme in families that children have left the church,” he said. “Parents are worried that their kids are not going to church and their grandkids are not getting baptized.” Although the situations differ, from family to family, he said, the concern and worry is the same.

Too many, according to him, have not grasped the significance of the Eucharist—Jesus’s body and blood, soul and divinity. As a result, he said we hear the complaint. “I don’t get anything out of Mass.” Fr. Tom poses this question in response, “What did you expect to get out of it?”

He pointed out that when John and Mary, the mother of Jesus, and the two other Mary’s stood at the foot of the cross, they were not there to get anything out of it. The apostles did not follow Jesus to get something out of it either. “Only Judas was looking to for what he could get out of it,” Fr. Tom said.

Fr. Tom made seven suggestions for parents whose children have rejected the faith.

During the second part of his talk, Fr. Tom acknowledged that after years of praying for conversions or for other crosses to be lifted, we are tempted to become frustrated or even lose faith. Directing his comments to his female audience, he pointed out that men tend to be problem solvers while women, as nurturers, often spend more time worrying. He took a moment to consider the female viewpoint in terms of our worries and prayers.

Quoting St. John Paul II’s encyclical on the Dignity of Women, he said, “The dignity of women is to love beyond measure,” which leads us to worry about our loved ones.  He explained that Eve, the first woman, represented the pinnacle of creation having been created after Adam. “The devil went to the woman,” he said. “If he can get to the women, he can get to humanity. As the mother goes, so goes the family.”

Fr. Tom then brought up contraception as one way the devil gets to women, convincing them to discard their God-given gift of sexuality for what is being pushed as a societal right. “But in reality, it is a war on women that began with Eve,” he said.  This was not a change of subject, but rather a demonstration of how crucial it is that we stay faithful to Catholic teachings and thus, Our Lord.

Getting back to the question of why God seems absent during our prayers, he pointed out that Mary, the Blessed Mother is the new Eve. “God conquered the world through the obedience of a woman.”  And if we look to her example, we come to understand suffering better. “Just as Jesus accepted “Thy will, not my will,” so too did Mary, he explained. “While her son was crucified, Mary did not run and hide like Eve did. She stood there and trusted that God knew what he was doing.”   Likewise, he said, when our son or daughter goes astray, we pray to God but then must trust that God loves them more than we do. His plan is better than ours. “What he has to say to us is more important than what we have to say to him,” Fr. Tom explained. “It will be handled by his own design and we must never forget that we are never alone. God is working for our best interest, even in our darkest hours.”