There is an old saying that goes something like this, 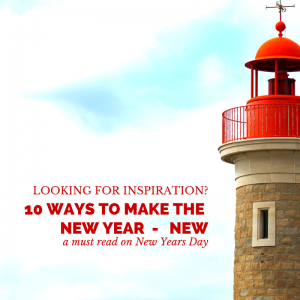 “If you keep doing what you have always been doing, you are always going to get what you’ve got.”

Do you think it’s true?

Do you think you have to resolve to do something radically different in your life to get different results?

Well, the answer is both yes and no.

It’s true that if today you decided to work out three times a week and cut out all sugar – you would have different results at the end of the year, if you actually did follow through on those plans. But what happens if by a freaky set of circumstances, you trip, fall and fracture your ankle and hip while you are working out?

All the resolutions in the world won’t allow you to stick to your plan. You would have radically different results in your life, based on your attempts for radical change, but not the ones you had intended.

For just a second, think about Sarah from the Bible, for years she prayed and she was barren. She could have made 101 resolutions at the beginning of the year and not been able to even conceive, visualize or plan for what her life was going to be like in her later years. After years of her prayers being ignored, God decided that He was going to act. Miraculously, she conceived a child and the rest is history.

We live in a self help culture which assumes and presumes that all change, all action in our lives comes from ourselves and our own efforts, this can make setting resolutions both painful, frustrating and at times self defeating.

Does this mean we don’t try to make resolutions, or set goals? Absolutely not, but it does mean looking at the process through a different lens and being open to the movements of the Holy Spirit in our lives.  So, what can we do to make 2015 truly a New Year?

1. Ask God what He wants you to do this year.  Most people are very open and aware of what they want, but the trick to newness is asking God what He wants. Spend some time before Jesus in the Blessed Sacrament with a journal and ask Our Lord: What do you want me to do? How can I use my talents to serve you? How do you want to use me to touch other peoples lives? What do I do in this circumstance, in that circumstance? Dear Lord, show me.

2. Reflect back on 2014 with gratitude and acknowledgement. Being joyful is impossible without being grateful. It is important to acknowledge and name not only our crosses, but our blessings as well. Grab your journal again and list the blessings of 2014.  When I acknowledged and took note that two of my long term goals were realized in achieved in 2014 – my heart filled with a surge of gratitude.  I had struggled in previous years to accomplish them, but for some reason God chose 2014 to allow them to be realized. Celebrate the blessings by talking about them, sharing them with someone else.

3. Thank people, bless people, acknowledge people. Kathy Dempsey, a fellow motivational speaker, listed a series of questions on her Facebook page, which were intended to create a surge of thoughts to rejuvenate the spirit for 2015. Several  questions really jumped out at me, here’s one that hit home: Who were three people that had the greatest impact on you? Have you thanked them? As I thought about 2014, and the people that came into my life, I really could see how God had been blessing me through people. I could also see that I was not celebrating those blessings in my own mind and heart. I could see that I was not relishing in what God did do, instead like a insatiable child, I was demanding that he do more of what I wanted, when I wanted him to do it.

4. Go to the sacrament of reconciliation. Pope Francis said that this time of year is a good time to do an examination of conscience. Many have the habit of going to confession as a part of their Advent celebrations,  going to confession shortly after Christmas, as a way to begin the New Year –  is a good idea too. After socializing, gift exchanges, sometimes overeating, and struggling with unreasonable expectations during the holiday season often brings out both the best and the worst in us. The sacrament of reconciliation is a perfect remedy.

5. Open your Bible. Pick a scripture passage or quote  to declare your mission for 2015.

Here is just one possibility:

“But seek first His kingdom and His righteousness, and all these things will be added to you. So do not worry about tomorrow; for tomorrow will care for itself. Each day has enough trouble of its own.” Matthew 6:33-34

6. Let it go! Let it go! Let it go! The popular saying often refers to the letting go of resentments and conflicts. Letting it go can be either a form of forgiveness, or an act of writing it off. In letting something go – do not forget to let it go and give it to God at the very same time.

Letting go of your stuff. Letting go of out  relationships that are clearly not a part of God’s plan for your life. Letting go of old attitudes, notions and beliefs that are in of themselves are limiting what God wants to do in your life. Letting go can also be applied to expectations. Think of all the disappointed expectations that have caused you emotional turmoil. Many saints have talked about the sanctification of the sacred present moment. Taking what comes into your life, moment by moment and making those circumstances holy, by your response to it. Make it a constant habit to pray this short prayer everyday:

“Dear Lord, show me what you want me to let go of. Give me the grace,  strength, and the courage to do it being  open to the newness of a reality that involves letting go of that which you have commanded me to give to You!”

7. Be open to learning, meeting and embracing newness in 2015. Significant changes in our lives are often precipitated by learning a new skill, meeting a new person, reading a ‘game changing’ book or taking a risk. What skill might you learn? How might you meet new people? Establish a book reading plan.

8. Ask yourself these two questions. Kathy Dempsey, the motivational speaker I mentioned earlier, asked two other  questions in her series of questions that are worth pondering in setting resolutions for 2015:

What is your biggest piece of unfinished business?

What would you like to be your biggest area of triumph in 2015?

9. Embrace, accept and plan for suffering. So long as we live in an imaginary world, where in our mind’s eye, no setbacks, no temptations, to flaws, no illness or  suffering exists, we will be out of touch with reality and with what God can do in our lives. If on the other hand, we accept suffering as a vital part of our lives as Catholics, we can be prepared.

If you are afflicted with rage or anger, why not run to Jesus in the Blessed Sacrament? If illness strikes you home, why not call on a priest to administer the sacrament of the sick? If you fall into a mortal sin, run immediately to the sacrament of reconciliation. If you start having financial difficulties, start a novena to the Infant of Prague. The most important thing is to offer up your suffering, uniting it with Christ. 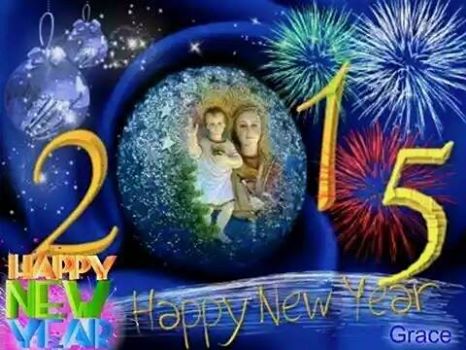