“The Dynamic Women of Faith Conference has been pivotal for giving me courage to live an authentic Catholic faith.   It taught me basic foundations, and helped me make good choices as a woman and mother. This conference is a life changer and has been an absolute must in my life for almost a decade. It has strengthened me to forgive and love others better and has helped me grow to be happier with an inner joy and peace.  Thank you to all the amazing organizers/speakers and contributors.”
SUSAN 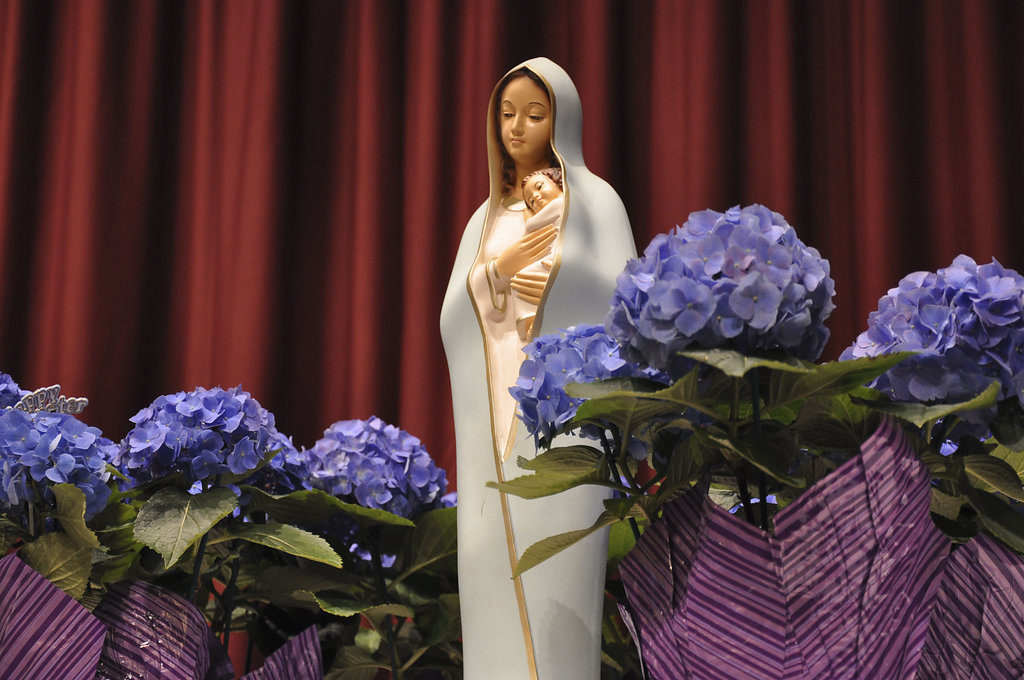 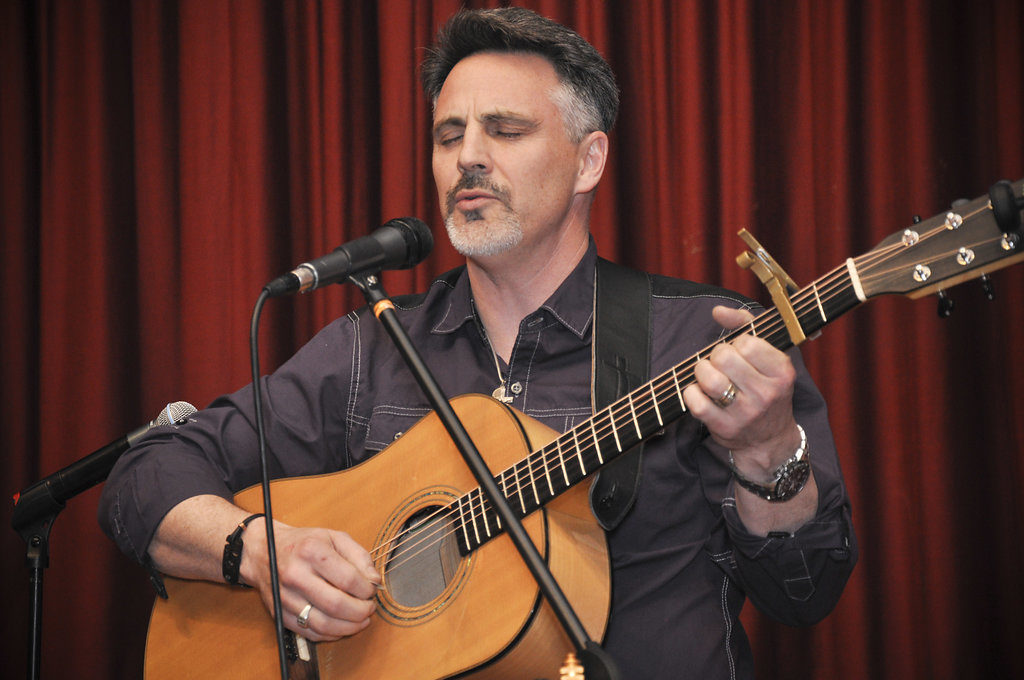 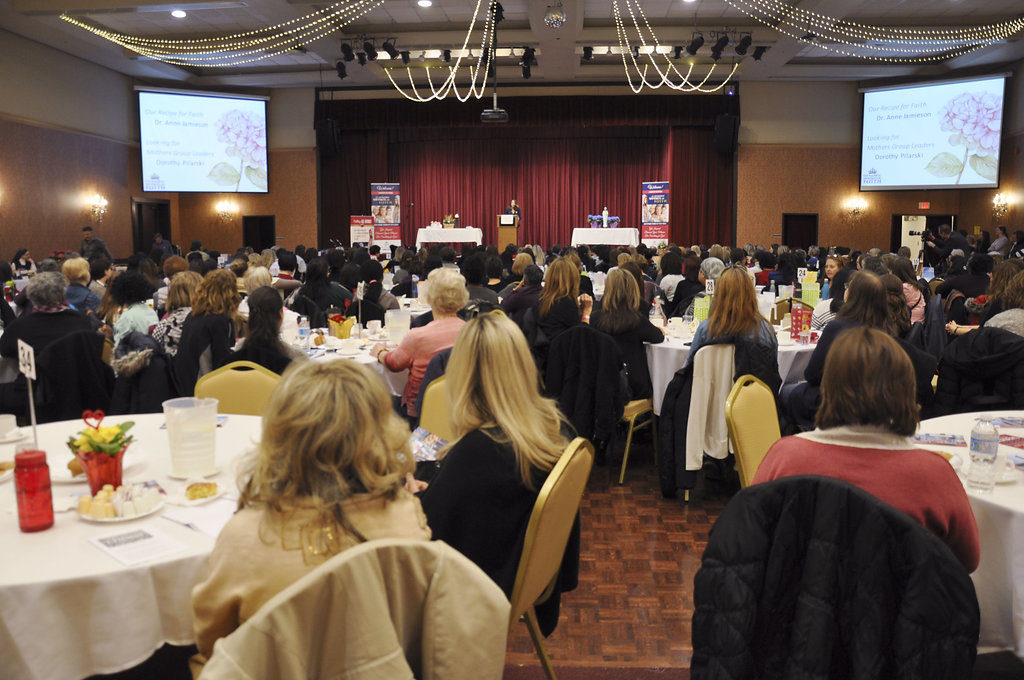 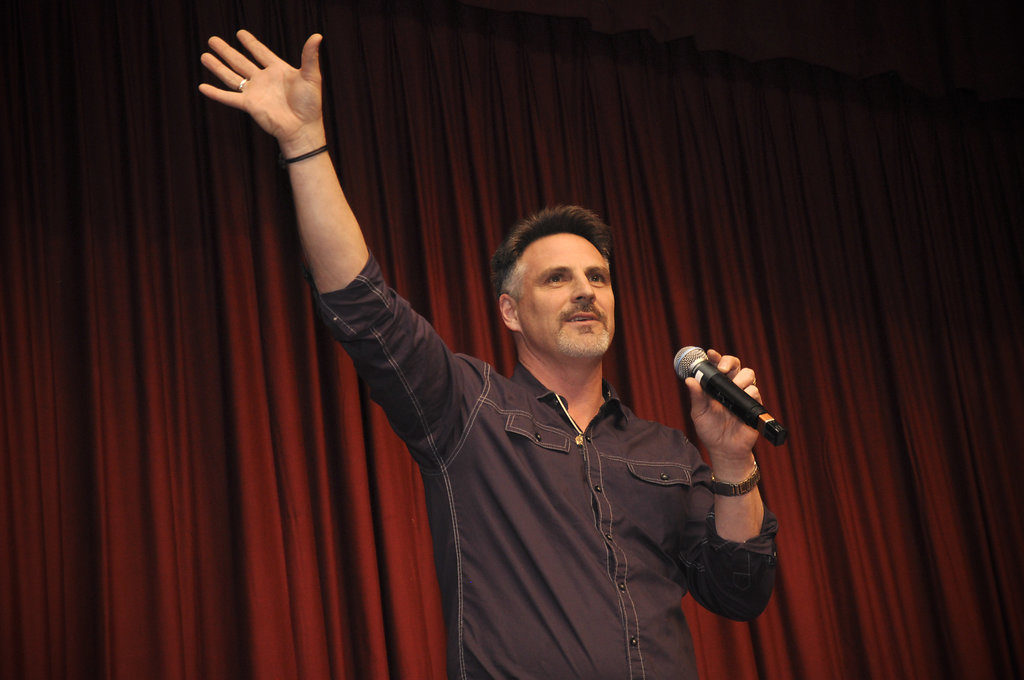 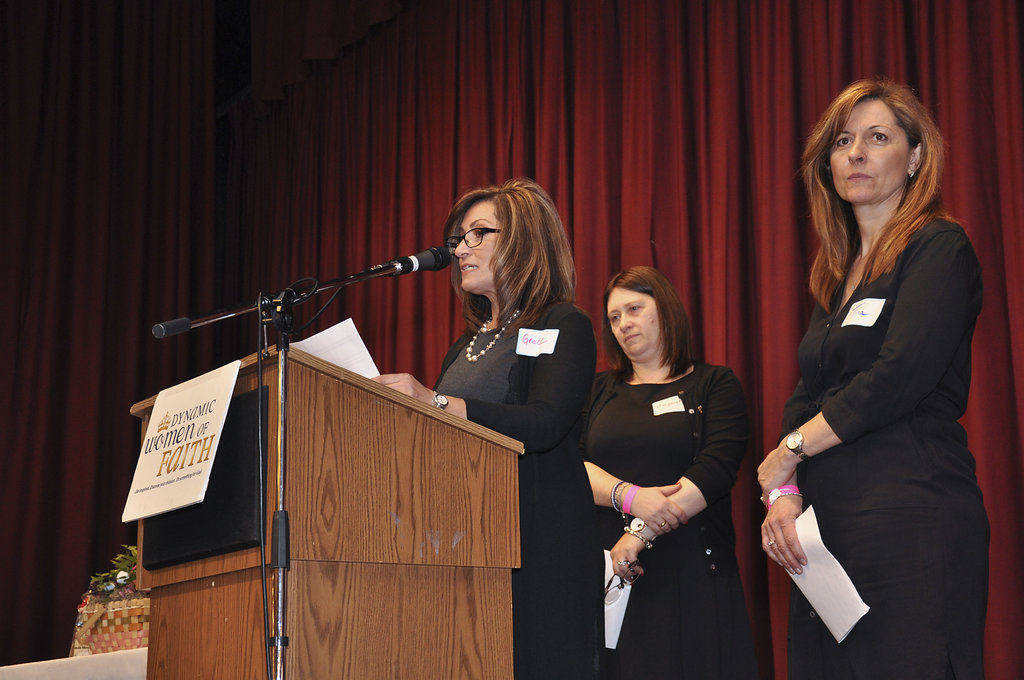 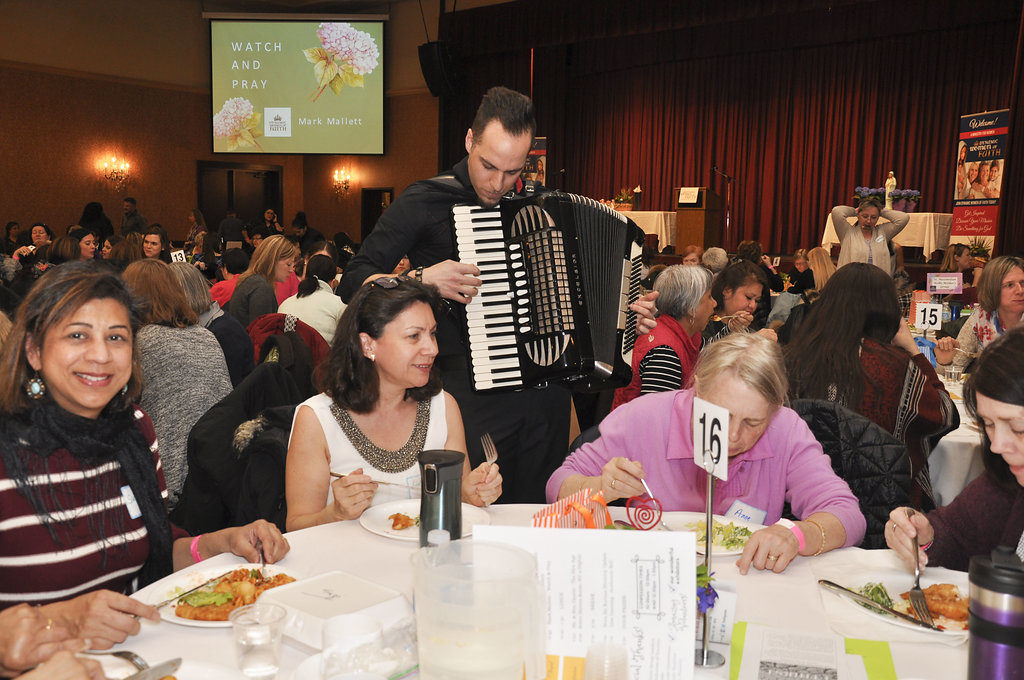 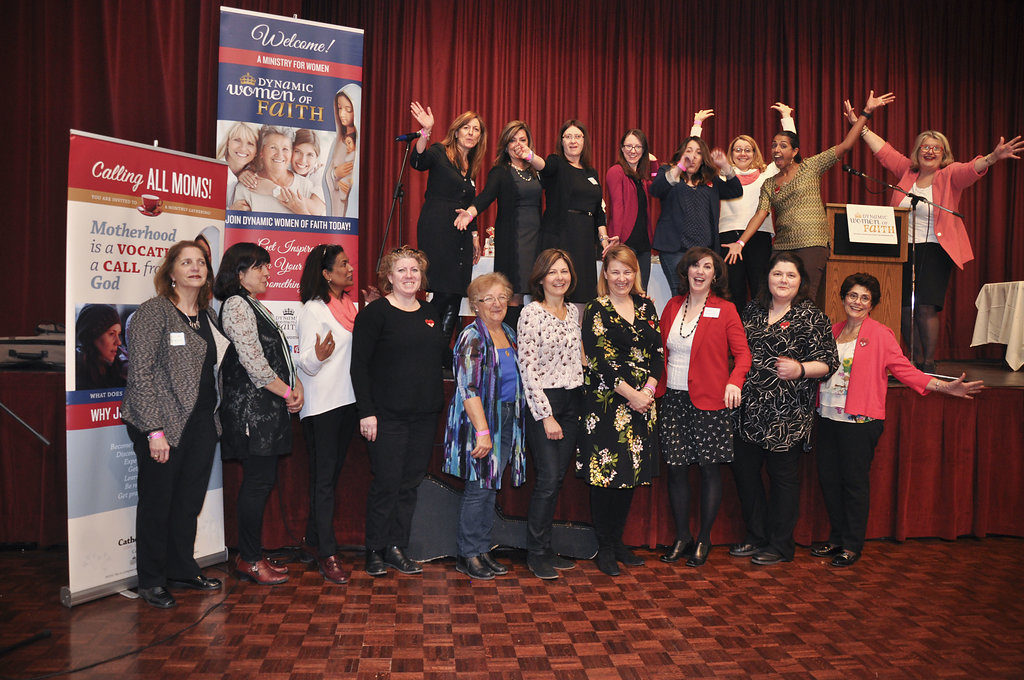 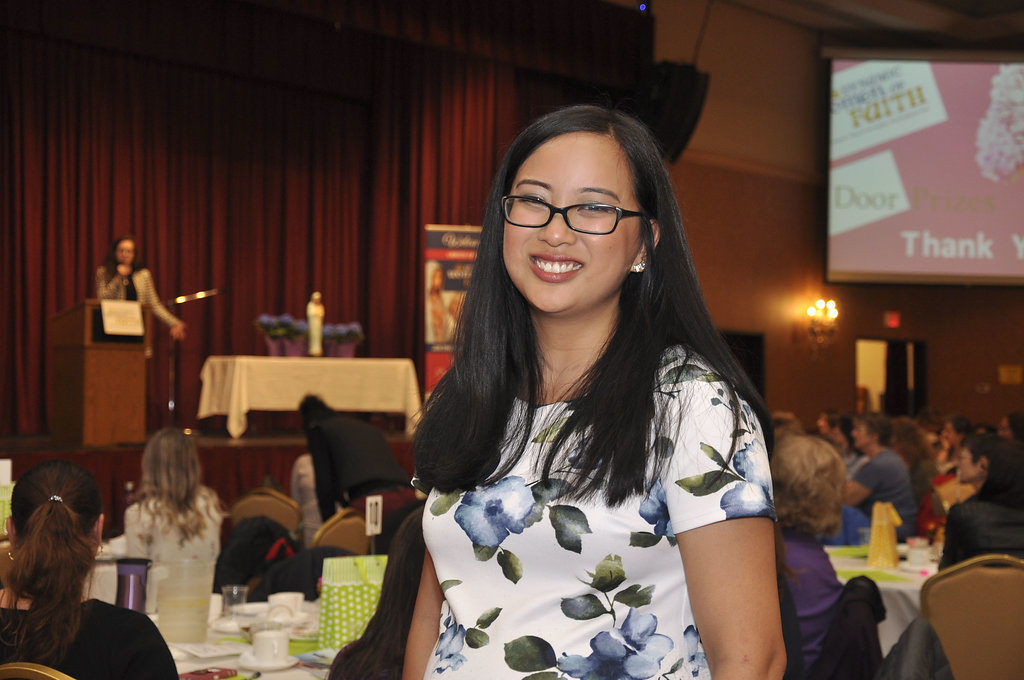 “Dorothy, thank you for another wonderful conference. I was so happy that my daughter was able to come and hear all those wonderful things. There were many a powerful moments. I wanted to thank you for something you said, It was right at the end when you came up and started talking about how you felt some women were being called to have more babies and you were encouraging us to go to confession and pray the rosary go to Mass and have a personal prayer time etc. Everything you said was so good! I felt like that in itself could have been a talk. I know that for many of us we are already doing that, but for those who are “fledglings” in the faith it is exactly what they need to hear! Thank you so much for all that you do.”
CATHERINE 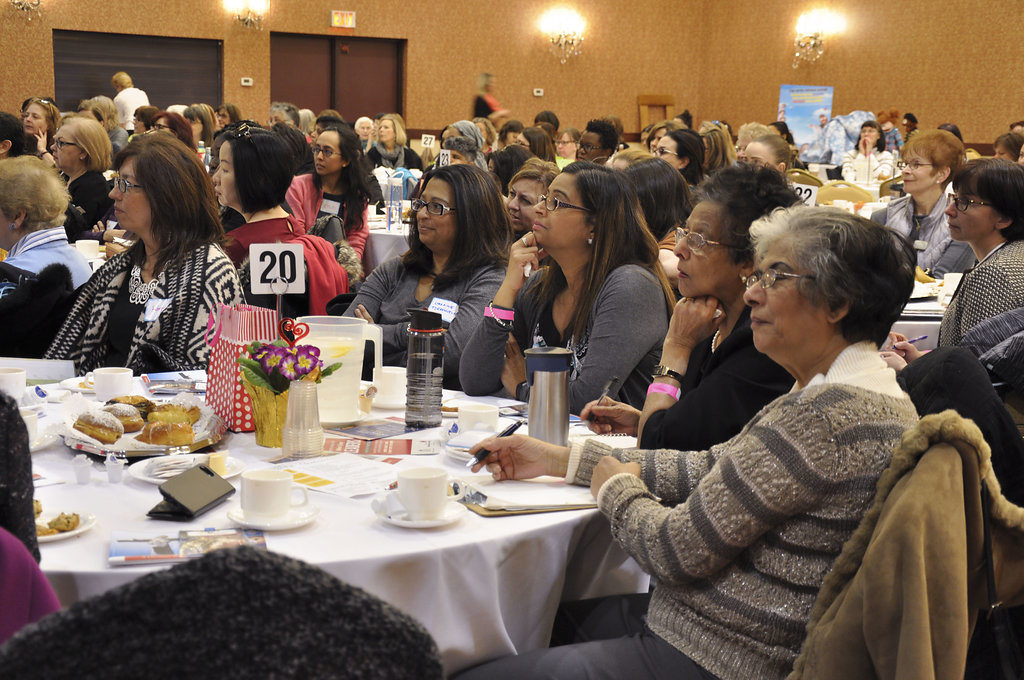 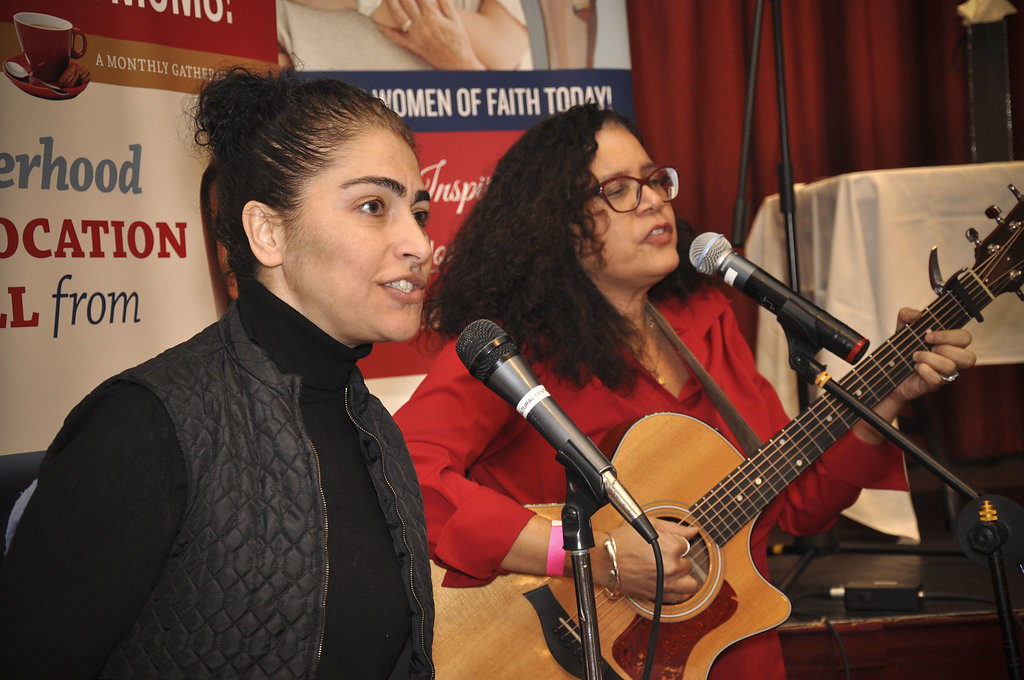 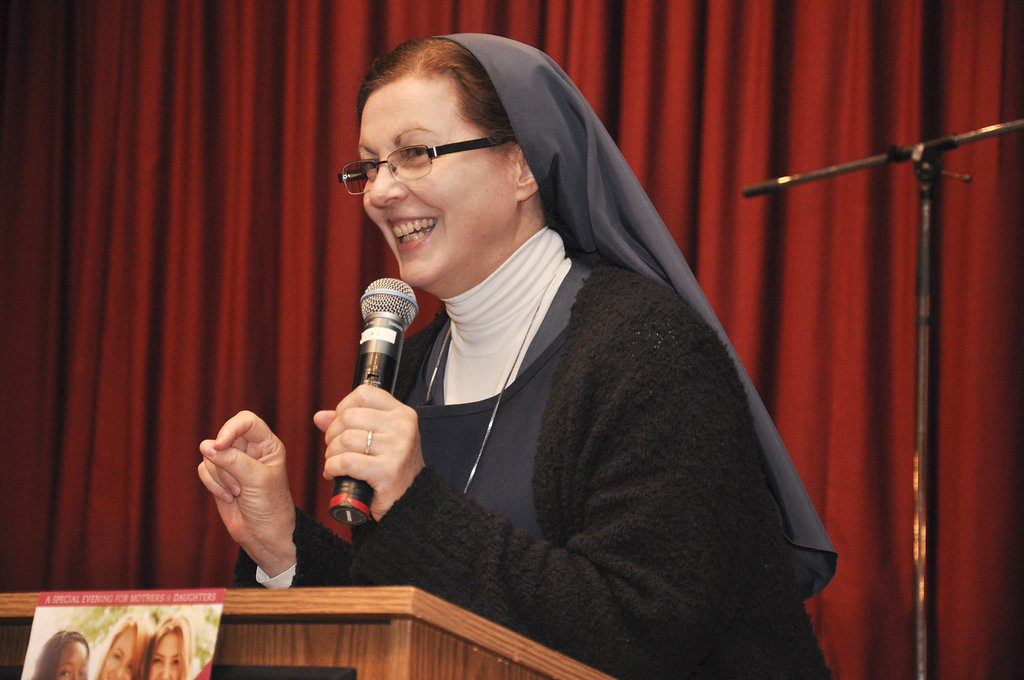 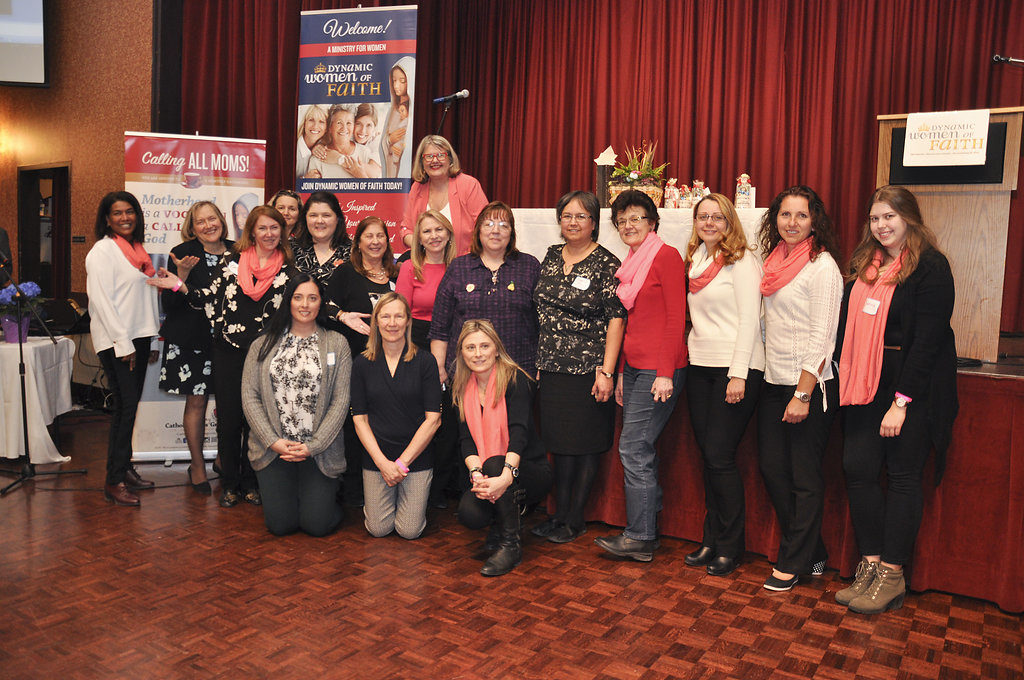 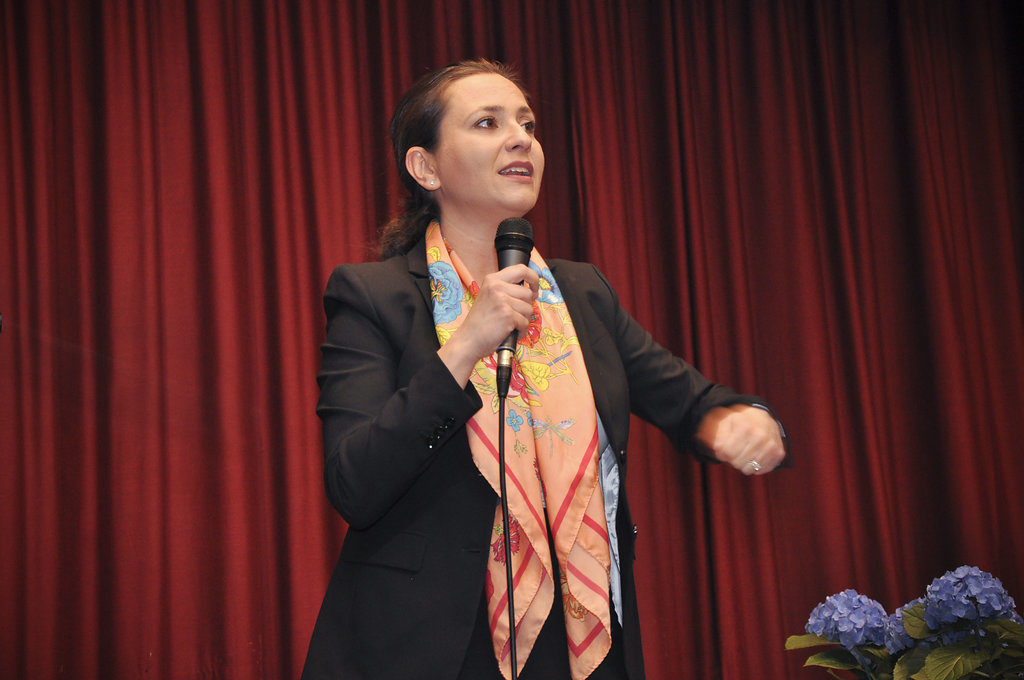 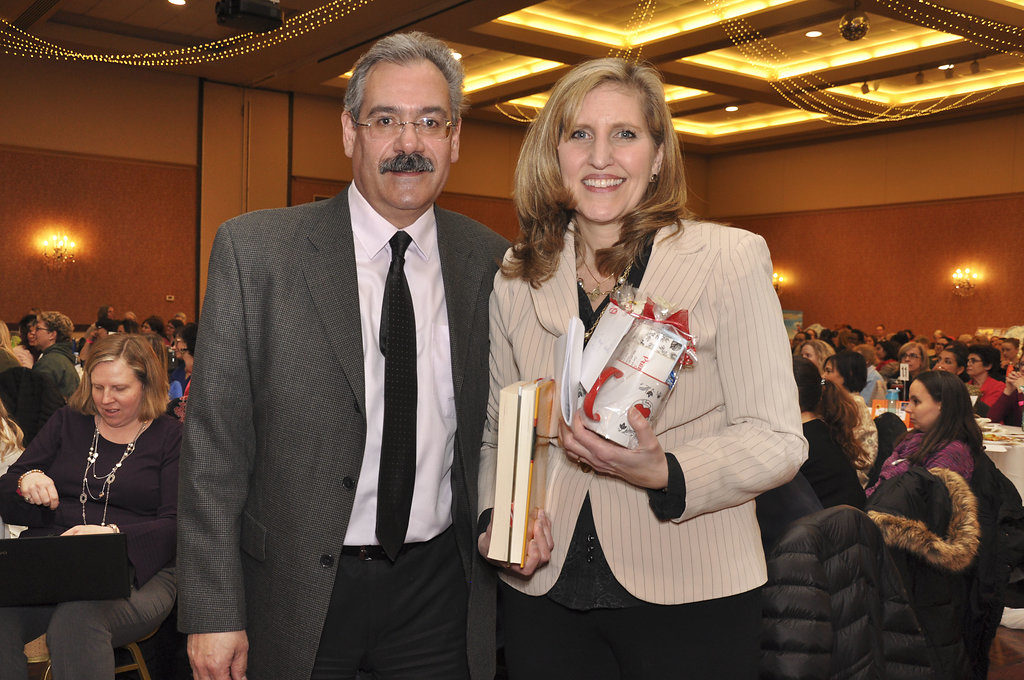 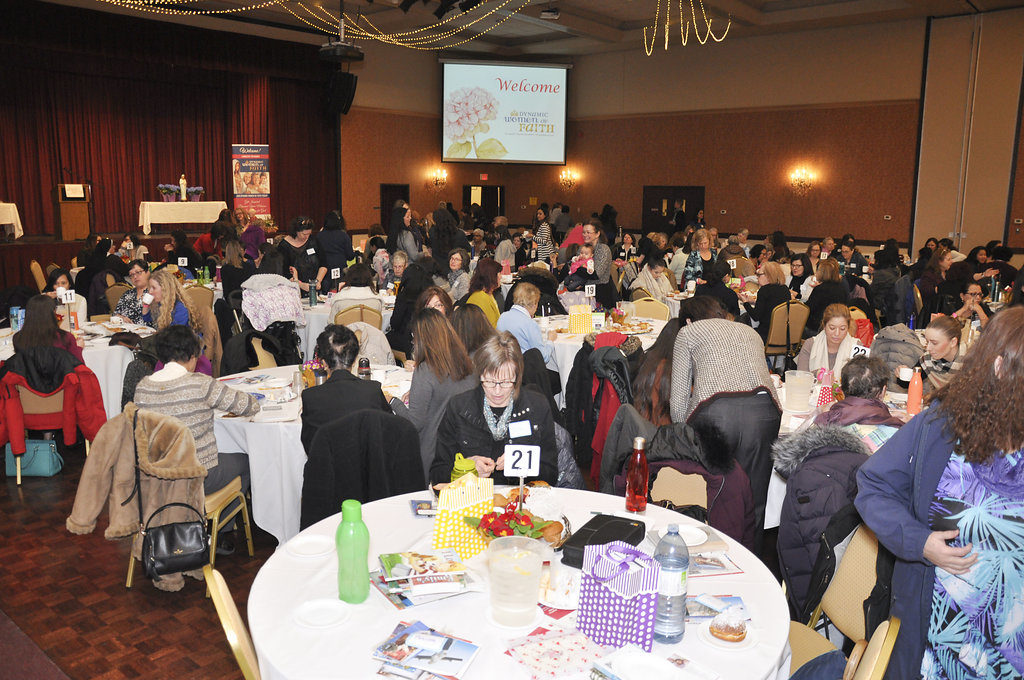 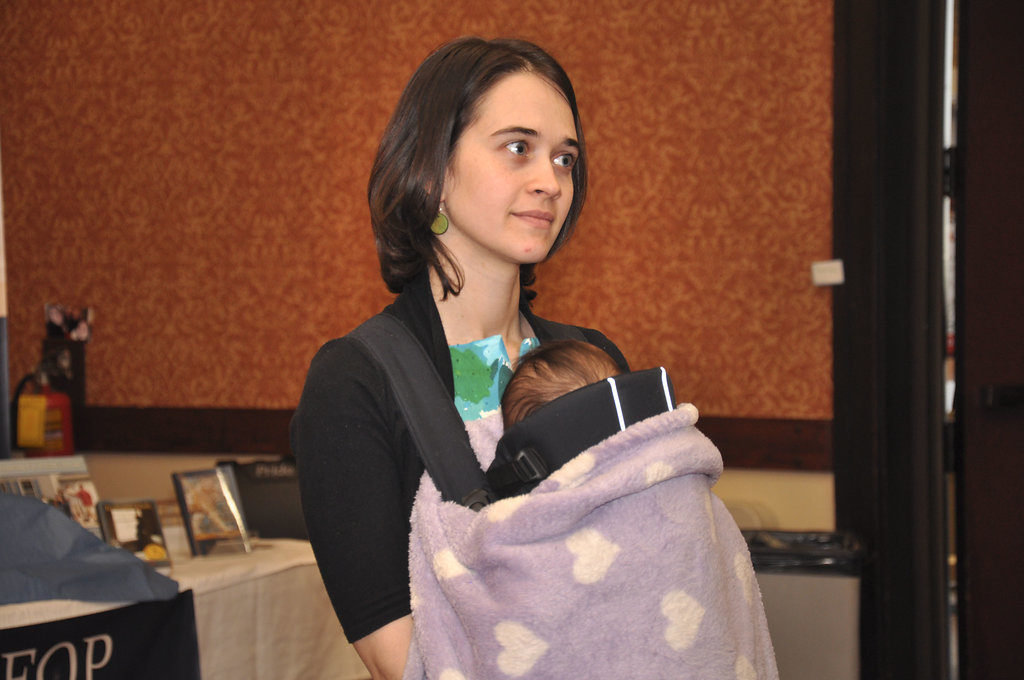 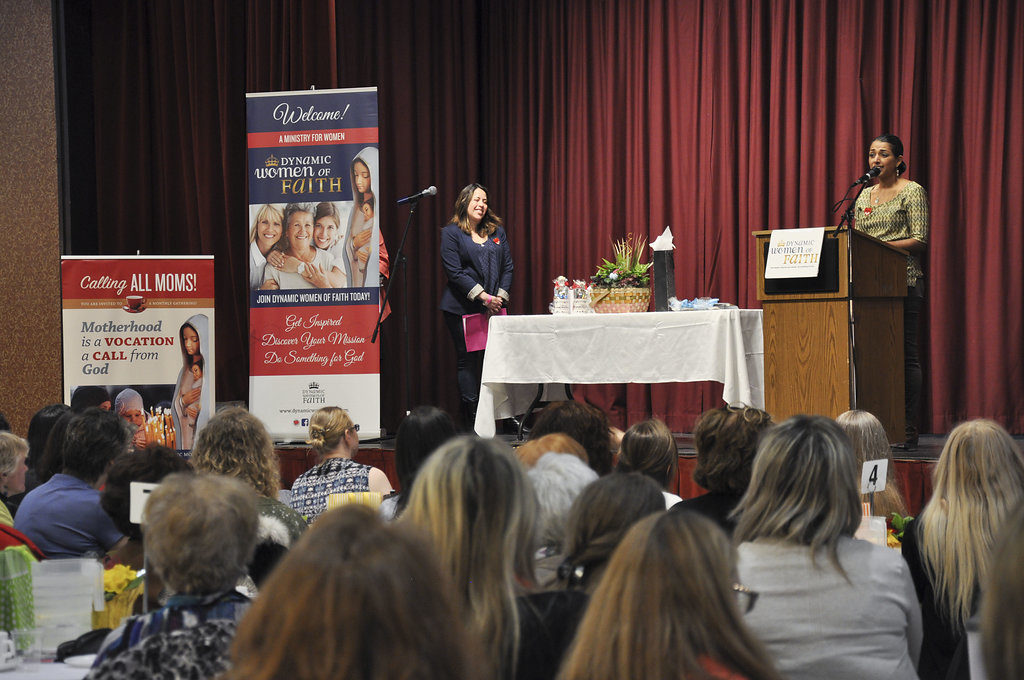 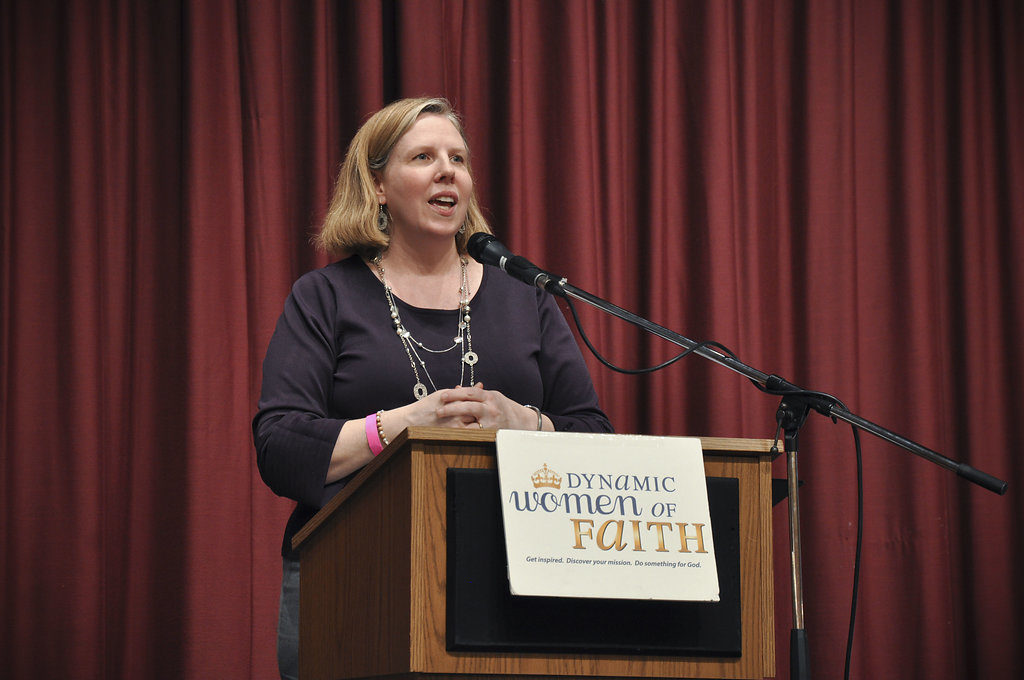 “The Dynamic Women of Faith conferences are amazing! I look forward to this event every year and travel in a long distance just to hear the speakers.  It is a rare moment to have so much excitement in the room for celebrating the dignity of womanhood. It encourages me to live a genuine Catholic faith.   I have become a more forgiving and loving person and it has helped my children, marriage and community at large in service.   The people radiate joy and bring greater peace to my life.  Thank you to all the people who have made this event a success year after year!” 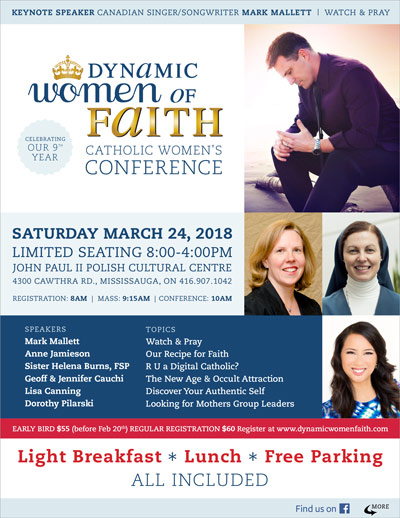 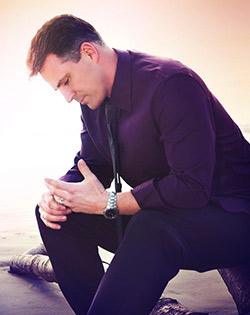 Mark is a Canadian singer/songwriter, Catholic evangelist and author. He will do a talk called Watch & Pray, encouraging women of all walks of life to pray! Mark has been touring extensively throughout North America and abroad giving parish missions and concerts, as well as speaking and ministering at retreats, conferences and Catholic schools. He had the privilege of singing at the Vatican and presenting his music to Pope Benedict XVI. Mark has appeared on EWTN’s Life on the Rock as well as many other television and radio broadcasts. Learn more about Mark at www.markmallett.com 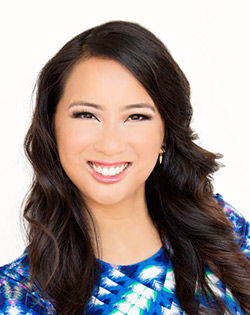 LISA CANNING | Discovering Your Authentic Self

Lisa will share her 5-step approach to discovering your most authentic self. She is an interior designer, lifestyle expert and coach. Getting her start on HGTV’s Marriage Under Construction, Lisa launched her design practice. She has appeared on CTV’s The Marilyn Denis Show, Global News and Breakfast Television. Her work has also appeared in the pages of Style At Home, Chatelaine, Canadian Family, and more. Lisa is a mom of six kids ages eight and under and is expecting her seventh. Learn more about Lisa at www.lisacanning.ca 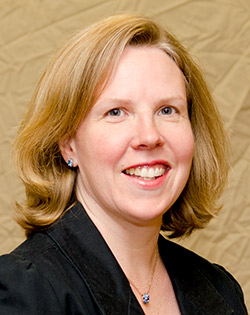 DR. ANNE JAMIESON | Our Recipe for Faith: Choosing and Using the Best Ingredients

We have all been invited to the potluck! When we think of our response to the divine invitation as choosing our recipe for faith, we can consider what choosing and using the best ingredients looks like. Dr. Anne Jamieson is a wife, mother, teacher, author, and sometimes competitive baker. She and her husband are raising their four children aged 13 – 22 years old. She holds her Doctor of Ministry through the University of Toronto. She is the Director of Catechesis for the Diocese of Hamilton. 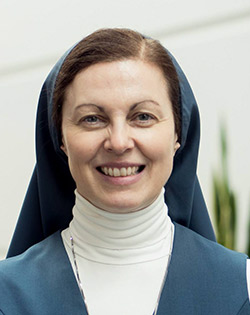 We are all surrounded by social media! How do you respond to it? How does it affect your life? Sister Helena is a media apostle – a member of the Daughters of St. Paul, an international congregation of Roman Catholic Sisters founded to communicate God’s Word through the media. She wrote and directed a documentary on the life of Blessed James Alberione: www.MediaApostle.com and is a co-producer on www.The40Film.com. Her daily book for young women is “He Speaks to You”: www.tinyurl.com/DailyBook.